Irish whiskey is having a bit of a moment in the run up to St. Patrick’s Day this year. Earlier this month, the Irish Whiskey Association visited New York and Toronto to promote its members’ products – i.e. just about every major Irish whiskey manufacturer including Bushmills. And the Distilled Spirits Council of the United States just reported that Irish whiskey sales in the United States became a billion dollar business for the first time ever last year, according to Barron’s, a nearly 1,000 percent increase since 2002.

Moreover, at the turn of the millennium, Ireland had just three operational whiskey distilleries, with two dominating the market, just as they had for centuries – Middleton, which produces Jameson along with a host of other smaller brands, and Old Bushmills. The third, Cooley, was only founded in 1987.

Today, the country boasts 23 distilleries, 16 of which opened just in the last five years. And, according to the Irish Whiskey Association, another 24 distilleries are on the horizon in various stages of planning and development. Most notably, Teeling, which was founded in 2015 and offers small-batch, aged, single-malt whiskeys, some of which sell for thousands of dollars per bottle, was the first new distillery to open in Dublin in 125 years.

“This is very much down to the exceptional craftsmanship and product innovation of Ireland’s whiskey producers, both large and small, as well as the hard work being put in on the ground, particularly by our network of brand ambassadors in the North American market.”

Speaking at one of the Irish Whiskey Association events in New York at the Irish Consulate, Dale Crammond, agriculture counselor for the Embassy of Ireland, noted that “At the turn of the 20th century, Ireland was supplying about 60% of all whiskey here in the United States.” But Prohibition in the 1920s decimated the market, which arguably still hasn’t recovered.

But the recent spate of openings and rising market shares inspires hope, Crammond said. “History might repeat itself. We need to think big. Who knows where we’ll be in 10 years.”

Even though Ireland is the birthplace of whiskey, well before its distillers migrated to Scotland, Irish whiskey is a bit of a lonely stepsibling in the annals of global cocktail recipes, after Scotch whisky and American bourbon. In fact, the word whiskey itself actually comes from the Irish language word for water, uisce, which was used euphemistically as the term for whiskey in the phrase uisce beatha — “water of life.”

Yet in terms of mixology, it’s criminally underused (unless you count cheese blends as a cocktail), so much so that the Daily Beast recently published an inquiry into its neglect. With the notable exception of the Irish coffee.

Oddly enough, the Irish coffee was an accidental cocktail, born of an earnest Irish hospitality at Foynes Airport in County Limerick when a Pan Am flight was forced into an unplanned layover due to bad weather. Joe Sheridan, the airport’s chef and bartender, was asked to whip up some hot food and drinks for the weary passengers and elected to throw some whiskey in the coffee and top each glass with a dollop of cream. Sheridan continued to make the drinks at the airport, but it would take another decade for the Irish coffee to gain popularity outside the terminal.

So, just what is the golden recipe for the original Irish coffee? Spoiler alert, there’s no Bailey’s:

Fill a stemmed and handled clear glass mug with hot water for two minutes. Pour our. Fill the glass about ¾ full with coffee. Add sugar cubes and stir until the sugar is completely dissolved. Add whiskey and remaining coffee to taste. Top with a collar of whipped cream by pouring cream slowly over a cocktail spoon. Enjoy!

ShamrockGift.com sells a great selection of Irish whiskey products to help you craft the perfect cocktail or Irish coffee. Check out some of our favorites below! 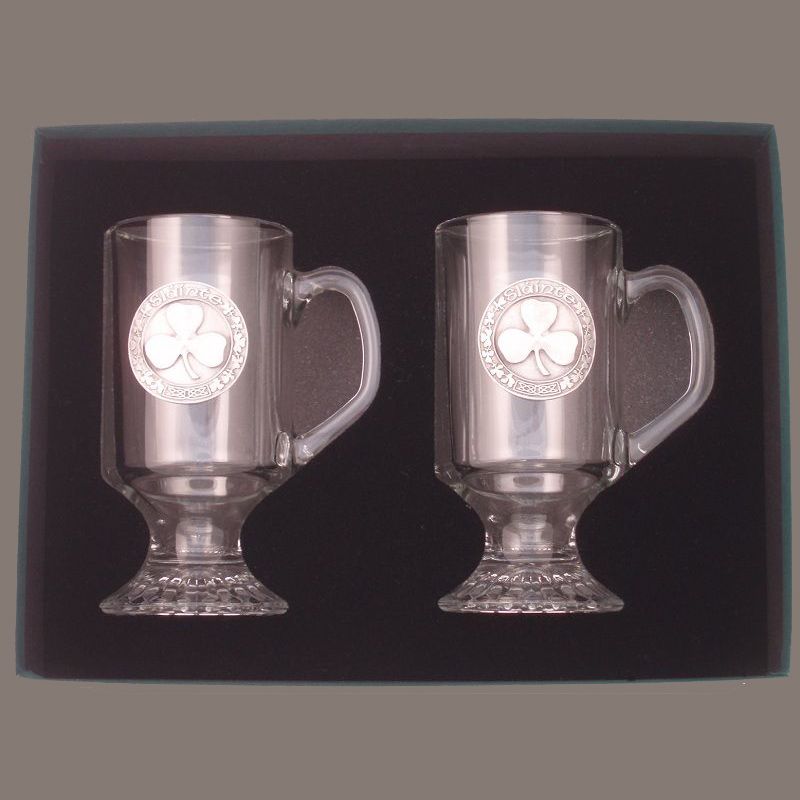 The first thing you’ll need for a proper Irish coffee is Irish coffee glasses, meaning a clear glass with a short stem and handle so you don’t get burned while trying to have your drink. These glasses feature a shamrock design, a three-leaf flower that is the national Irish flower and symbol of good luck. 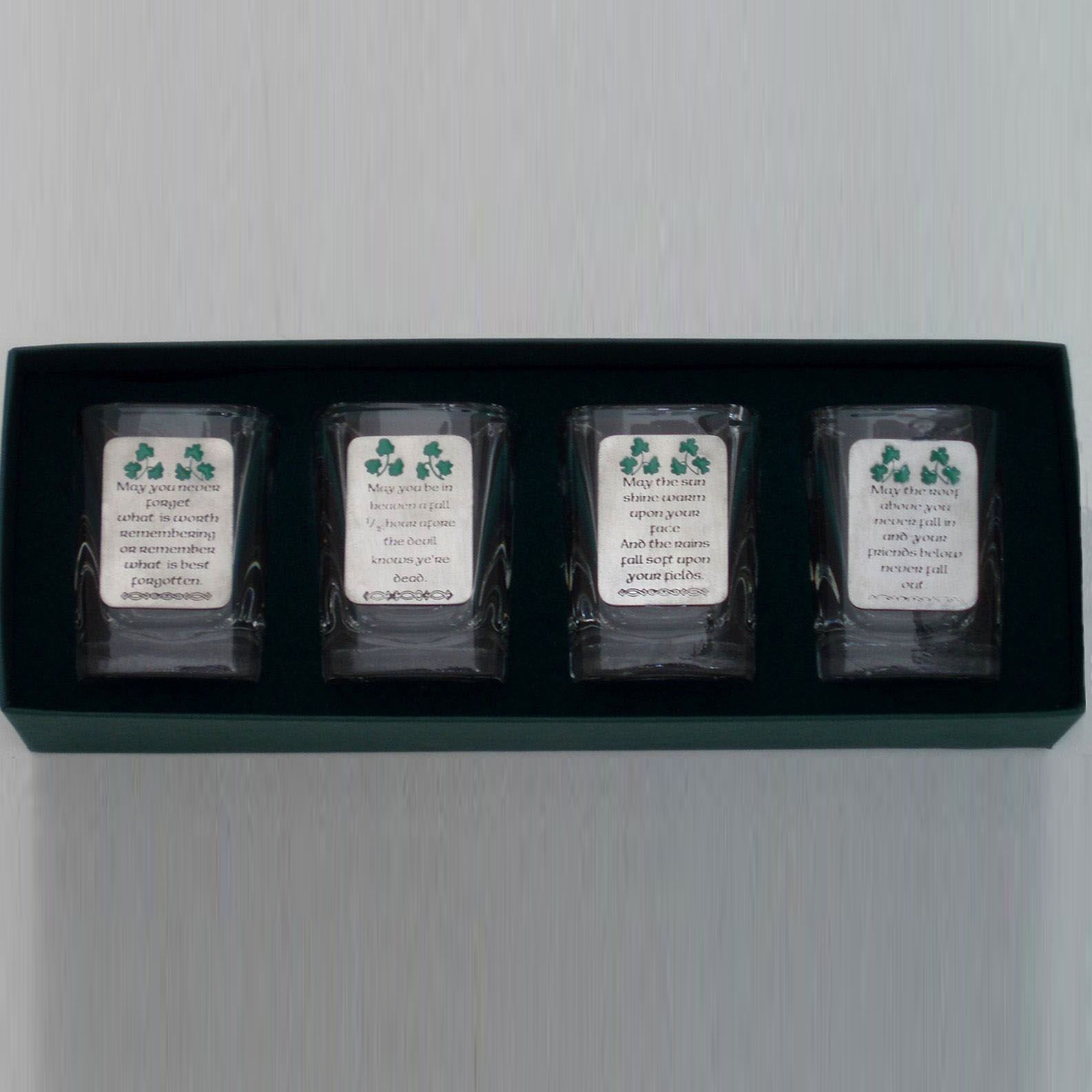 To measure out your whiskey pours, we love these shot glasses from Robert Emmet in their Green Ireland design featuring the original green enamel shamrocks which offer extra Irish flair. Each glass features a wise and profound Irish blessing on pewter medallions, which are wonderful when you can't think of a toast. Yes, please. 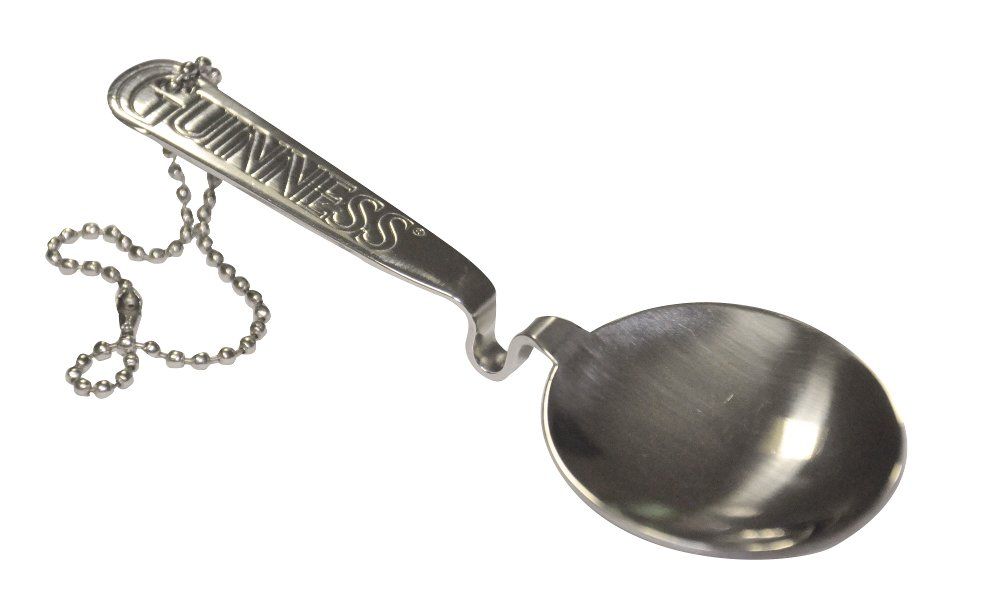 For proper technique, the cream should be poured over a spoon to prevent it from mixing with the coffee below. This spoon is a great addition to any home bar. You can use it for all your Irish coffee needs, plus any drink that requires a float. Yummy! 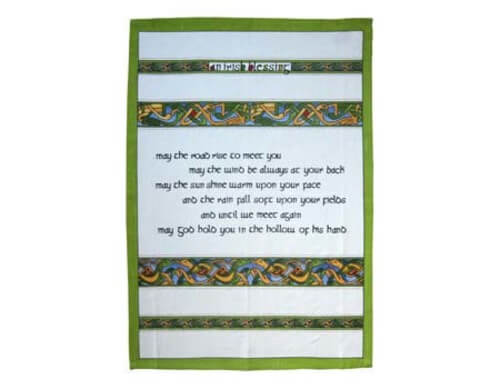 Finally, for spills, and if you ever lose the bookmark to this article, we love this 100% cotton Irish Blessing Tea Towel. Make this lovely towel a festive addition to your kitchen!