When buying jewelry for yourself or for your loved one, choosing the right one can be tricky. Whether it’s a ring, necklace, or brooch, the best jewelry not only looks good but also reflects the personality of its owner. Timeless beauty is what you’re looking for, since it’s meant to last for years, even passed on to the next generation—so how does one go about deciding?

Here’s a straightforward tip that’ll allow you to customize without all of the complications: look into the person’s birthstone.

Although birthstones are all the rage right now, they’ve actually been around as far back as ancient times. Each person has a birthstone that’s meant for them, sometimes even more than one, and while there are many ways to figure out what yours is, the basis is typically your birth month or zodiac sign. Examples of birthstones are sapphire, aquamarine, and diamond. All birthstones have a unique story behind them, a reason for why they’re assigned to a certain month, and these meanings are rooted in history and legends.

Let’s explore a birthstone that’s even more expensive than diamond and just as beloved by the public: emerald, the perfect gem for May babies.

May is the season of spring in full bloom, with flowers finally making it out of their buds and vibrant foliage coming to life. It’s a time of hope and rebirth, and emeralds—with their rich green hues—echo this well.

Emerald is, without a doubt, famous and fascinating. Just as how rubies are known for being red, emeralds have appeared so much on TV, books, and other media that being green has become its defining quality. That’s not so unexpected—the green of emeralds is unparalleled, and to describe anything (or even someone’s eyes) as emerald green is often a major compliment. What’s less obvious is that the color range of emerald is actually more nuanced than that. It runs along the broad spectrum of pale to dark green, and there are often hints of other colors as well, although the most highly prized emeralds are of the deepest green.

Emeralds belong to the beryl family, and they’re mined in many countries, including Colombia, Zambia, and Brazil. Despite this, it’s still very rare to find a high-quality emerald—and their price per karat exceeds that of diamonds! An interesting feature would be inclusions, which lend character and uniqueness to an otherwise classic emerald. Inclusions are fragments of other materials that are locked inside the gem, and as long as they don’t obscure its clarity, they can form beautiful, highly visible patterns.

The Symbolism of Emeralds 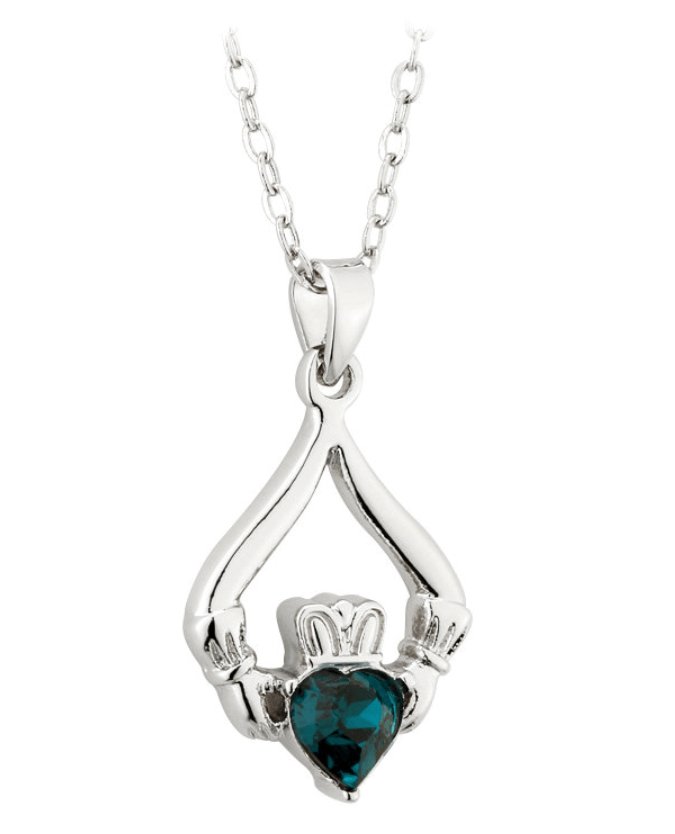 There’s more to emerald than meets the eye. Because of its beauty, it has left a colorful trail throughout history, extending as far back as Babylon markets in 4000 BC. Aristotle swore by it as a lucky charm, and the Roman Emperor Nero preferred to watch gladiator fights through their reflections in emerald because it calmed him down. One of its most popular fans was Cleopatra, who was so enamored that she seized ownership of all the emerald mines in Egypt and dressed lavishly in emeralds. Civilizations and societies placed high value on the emerald as well. Ancient Inca elevated emeralds to the level of deities, the Mughal Empire revered them as gifts from the gods, and they feature prominently in many crowns, from the Crown of the Andes to the Imperial Crown of Russia.

Alongside these, emeralds were deemed to have power beyond their appearance. It was claimed that if you place an emerald under your tongue, you gain the ability to predict the future. Because the color green is associated with Venus, the goddess of love, emeralds became a go-to for lovers, and in the Middle Ages, it was the top choice for a wedding ring and was even said to guard against infidelity.

Fast forward years later to where we are now, the emerald has become much less mystical and is treated as a luxury item, with glamorous women such as Elizabeth Taylor, Angelina Jolie, and Jackie Kennedy following after Cleopatra in their passion for the gem. However, it continues to be a symbol for love and new beginnings, such that it’s often given as a gift during engagements and births and a married couple’s 55th year together is called an emerald anniversary.

May birthday celebrants—especially if they’re fans of Irish culture—can consider themselves lucky. While all birthstones possess their own beauty, the emerald is the most closely connected with Ireland, which is nicknamed the Emerald Isle.

At first glance, the connection here seems obvious. Ireland clearly loves the color green. The Irish flag is green, and so are many national icons such as shamrocks, four-leaf clovers, and leprechauns. In fact, St. Patrick’s Day, Ireland’s national holiday that’s celebrated around the world, always results in an explosion of green.

However, that’s not quite the reason for the Emerald Isle moniker. An Irish poet and physician, William Drennan, coined the term in his verses, calling Ireland a “green island,” “the emerald of Europe,” and finally “the Emerald Isle.” Drennan wasn’t expressing his fondness for leprechauns here—he was referring to the lovely green landscape of Ireland, which is abundant in grassy hills and plains. Somehow, the term stuck, to the point that emerald has become a widely accepted symbol of Ireland. It’s worth noting, though, that it’s not Ireland’s national gemstone. That honor belongs to Connemara marble, which is also green—and the designation makes sense since emeralds aren’t native to Ireland and have to be imported from outside.

Emeralds, then, are excellent as tokens of Ireland. So to answer the initial dilemma, whether you’re looking for the jewelry with a strong streak of Irish culture or you’re interested in emeralds as a birthstone, the Claddagh Heart Birthstone Pendant and Celtic Birthstone Trinity Knot Necklace are great recommendations for jewelry. The Claddagh Heart Birthstone Pendant follows the traditional Claddagh design, which stands for love, friendship, and loyalty, while the Celtic Birthstone Necklace is patterned after the Celtic knot, representing the promise to love, honor, and protect. Give these as a worthy gift—or dedicate these to yourself, with a full appreciation of the time-tested grandeur and romance of emeralds.