A visit to Ireland won’t be complete without dropping by its capital city, Dublin. Although Dublin is fairly small and can be explored on foot, its energy and cultural history is larger than life, with an impressive history of literary greats such as James Joyce and George Bernard Shaw. Top-tier museums, fantastic restaurants, and an amazing nightlife characterize Dublin, and best of all, Dubliners themselves are known for being welcoming and friendly, ready to share a “craic” with you at the pub. For a well-rounded romp around Dublin, we’re recommending a fair mix of popular tourist attractions and more offbeat spots you won’t find in classic guides: 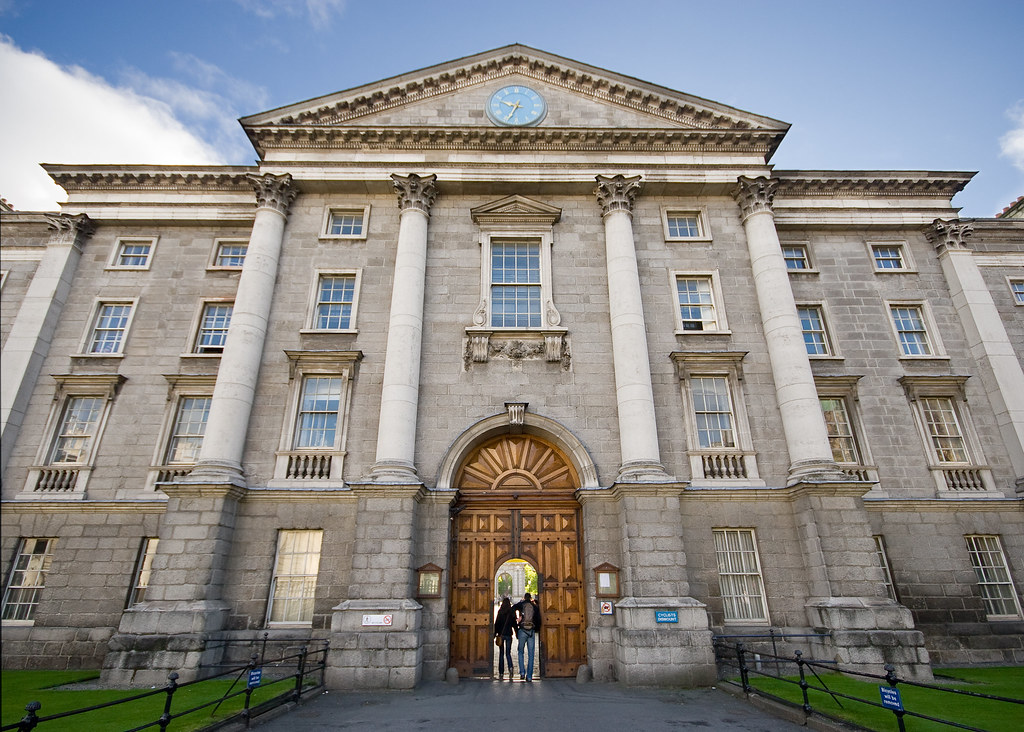 Located right at the heart of the city, Trinity College draws in 500,000 visitors every year. Even as millennial students roam about, the campus takes you back to the 18th and 19th centuries, with cobbled pathways, old-world buildings, and gardens and parks spread throughout its 40 acres. This belies an outstanding academic tradition that has landed Trinity as among the best universities in Europe. Oscar Wilde, Samuel Beckett, and past and current presidents of Ireland have spent their coming-of-age years here. But more than the picturesque campus and impressive alumni, its library is what attracts long queues. The Long Room, a section of its library, is home to more than 200,000 extremely old books, including the Book of Kells, the world’s most well-known early medieval manuscript surviving all the way from 800 AD. 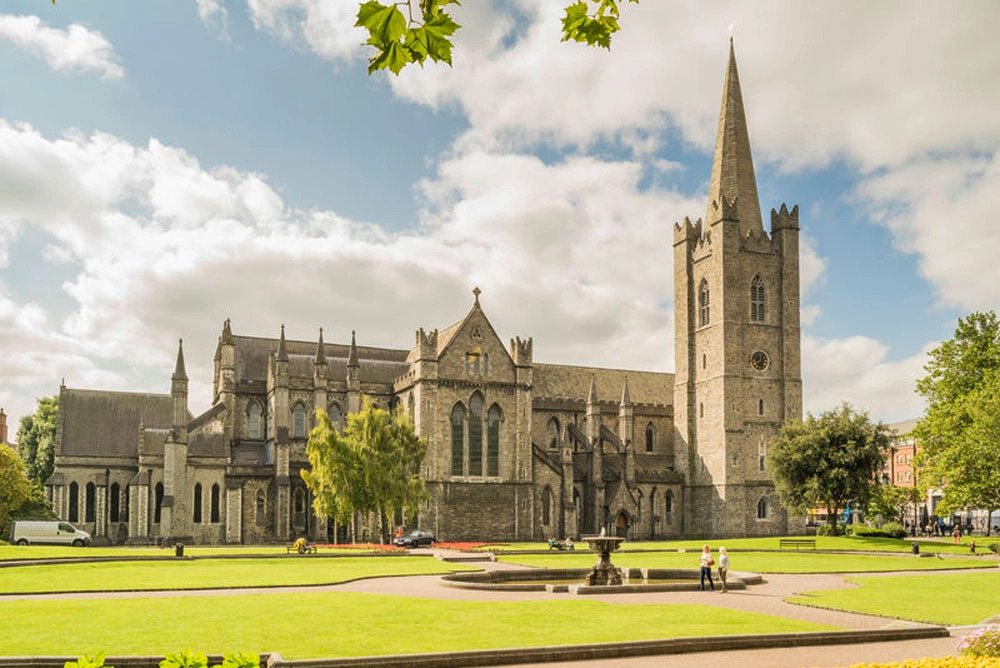 This long-standing building has been around for more than 800 years, and its importance in Ireland’s history cannot be overstated. Dedicated to Ireland’s patron saint, it was built on the site of an ancient well where St. Patrick supposedly baptized converts to Christianity. At present, it carries the prestige of being the National Cathedral of the Church of Ireland, and it’s also the largest cathedral in the country. The interior doubles as a record of the past: upon entering, you’ll see the grave of Jonathan Swift, classic author of Gulliver’s Travels and former dean of the Cathedral, along with around 200 monuments and plaques. These commemorate several figures all over history, from politicians and military men, but also major events such as the centenary of World War I. 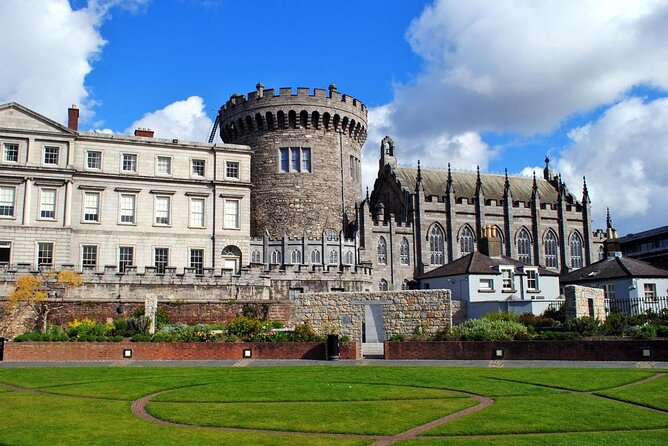 For a vivid experience of historical Dublin, this castle is your best bet. Established as early as the 13th century, it was the stronghold of British power in Ireland for 700 years before being handed over to the government upon Ireland’s independence in 1922. Even though it represents some of the oldest architecture in the city, don’t expect it to resemble a classical castle, since it was burned down in 1864 and then rebuilt to become more modern. Only the Norman Record Tower has survived from the original, resulting in a curious hodgepodge of styles for the castle’s facade. More than a relic of the past, it’s still used today for state events, and it has been visited by the likes of Nelson Mandela, Charles Dickens, and Queen Elizabeth II.

Dublin is the birthplace of Guinness, one of the most well-loved beers worldwide, so it comes as no surprise that the Guinness Storehouse is the leading attraction in Dublin, with more than 1.7 million visitors in 2017. This was the original production site of the brewery in 1759, when Arthur Guinness signed a lease for 9,000 years. Its seven storeys are cleverly designed to mimic a pint glass, and the journey through them takes you through all the intricacies of Guinness, so that you’ll learn all about the craft, its history, and the business behind it. This culminates in the Gravity Bar at the top, where you can drink a fresh pint of Guinness while amidst a 360º panoramic view of Dublin.

An old prison may not seem like the most appealing place to add to your travels, but it gives you a vivid and renewed perspective of Irish history, especially in terms of their fight for independence against the British. Operating from 1796 to 1924, the Kilmainham Gaol has held many prominent leaders, from Éamon de Valera to Robert Emmet. The experience was undoubtedly harrowing, since men, women, and children were packed together into dark, tight spaces, all while struggling against the cold. Until now, it still horrifies, and the tour ends grimly at the site of the 1916 executions. Its museum provides additional explanation through memorabilia from actual prisoners and detailed exhibitions. 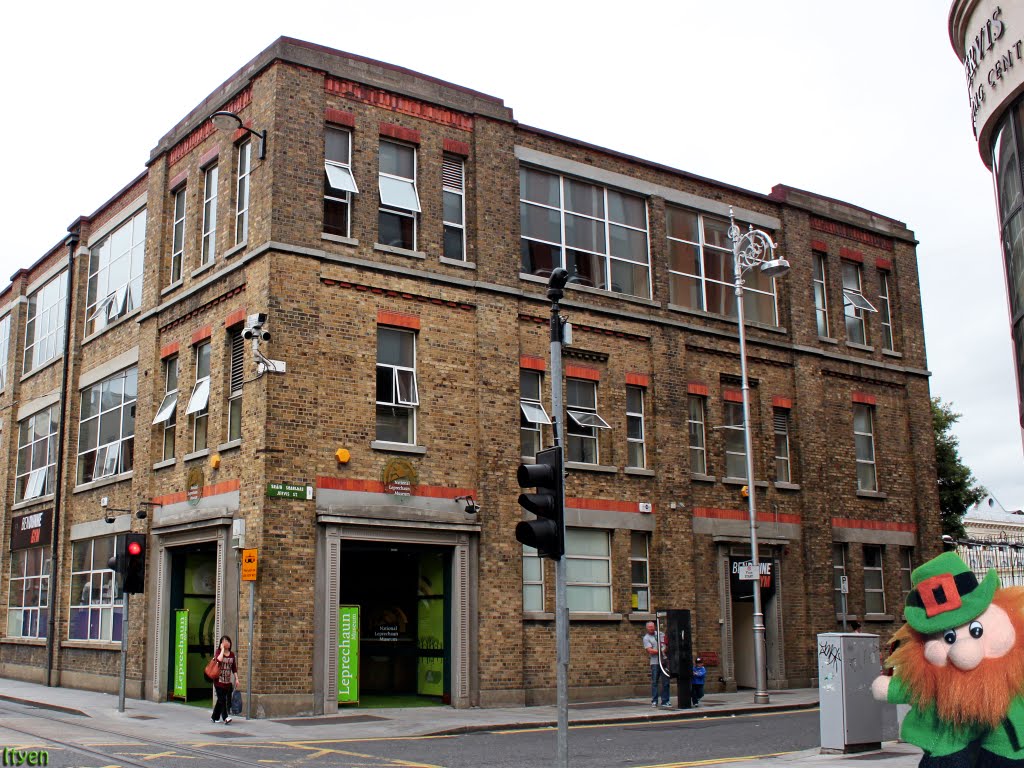 Mention leprechauns, and people inevitably think about Ireland. They’re rather vivid characters: impish fairies who look like old men decked in green, hiding their pot of gold at the end of a rainbow and devoting most of their time to making shoes. But for all that they’re an international sensation, how much do you really know about them? This fun, child-friendly museum shines the spotlight on leprechauns and Irish mythology in general. It’s divided into 12 different sections, focusing on interactive experiences and tackling leprechauns in detail, from sightings to movies they’ve inspired. Adults looking for a darker slant can drop by for the evening production, which takes on bawdier themes. 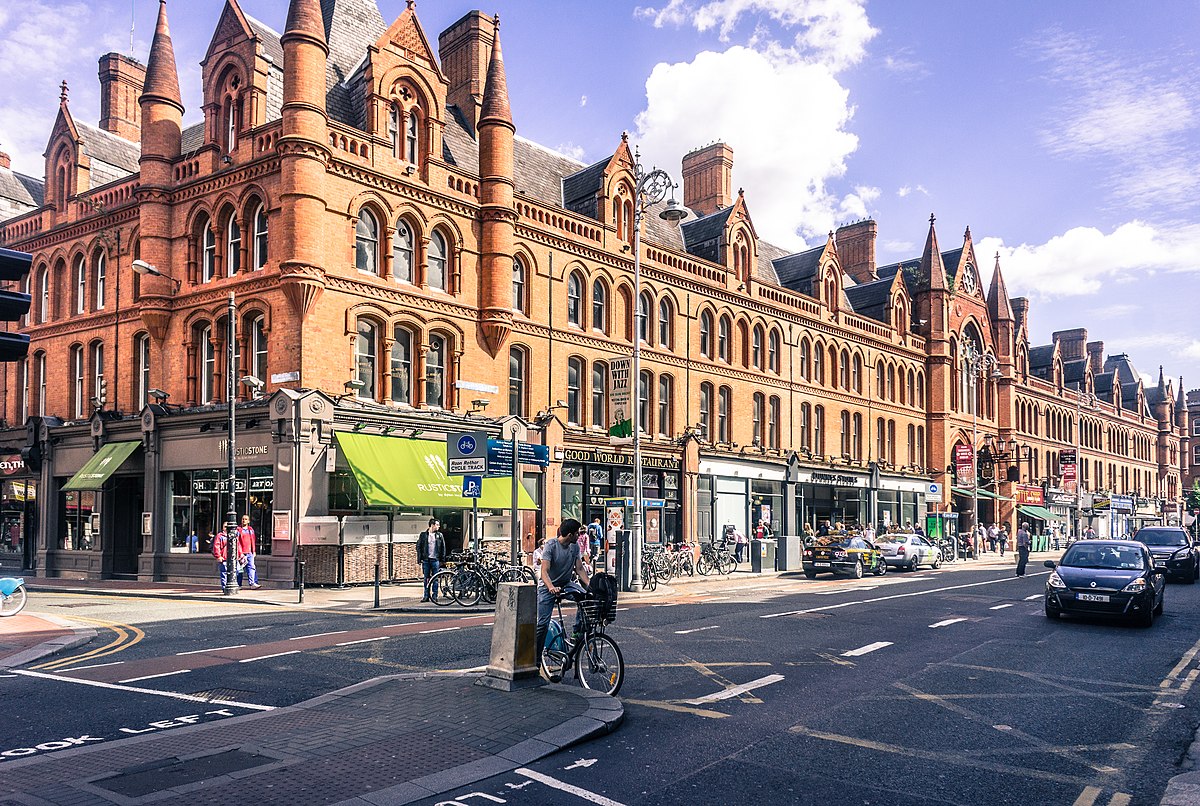 For all its modern hubbub, this market still carries a whiff of nostalgia all around and resembles a Victorian building from the outside. That’s because it’s old, even by Europe’s standards—George’s Street Arcade was Dublin’s first on-purpose shopping center back in 1876, although it was razed by fire then rebuilt in 1894. The small space feels intimate and cozy rather than stifling, and although many of the 50 shops sell fringe curiosities, you’re likely to walk away with a shopping bag’s worth. Its offerings are colorful: trendy clothes and costume jewelry, body piercings and tattoos, souvenirs, stamps and coin collections, and artsy boutiques. On the more commonplace side, the numerous restaurants and food stalls help keep you refreshed.

The Secret Book and Record Store is really more of a well-known secret—well-known because it’s amassed a reputation as a legitimate haunt for culture lovers, while still remaining hidden down a passageway that most passersby never find on their own. Far from commercialized, it’s eclectically decorated with Barbie doll heads and beer bottle trolleys. The books themselves are high-quality, diverse, and affordable, and the staff is eager to help. At one corner, the Freebird Record Store offers new and secondhand vinyls and plenty of CDs. A mainstay in the music scene since 1982, its wares are well-curated by music enthusiasts. 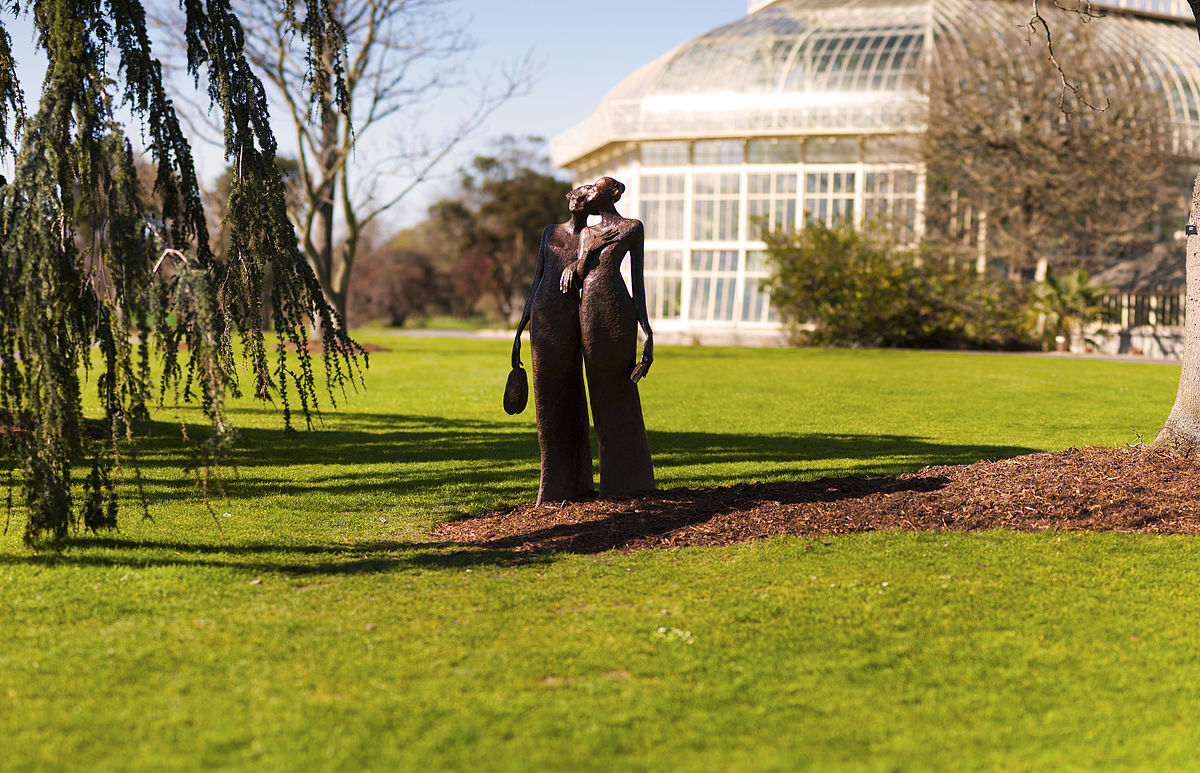 Dublin has an abundance of parks, but if you want to wander beyond the ever-popular St. Stephen’s Green, head over to the National Botanic Gardens in Glasnevin. Despite being only less than 50 acres in size, it contains more than 15,000 plant species from all over the world. Originally founded in 1776 for studying agriculture, it has evolved into a tourist destination that aims to conserve and spread awareness about plants. It’s the most recognized for two exquisite Victorian glasshouses iron: the Turner Curvilinear Range and the Great Palm House, both of which have won awards in conservation architecture. In fact, the Great Palm House is the only tropical rainforest in Ireland. Another must-see is the National Herbarium, which contains nearly 750,000 pressed plants.

A TRAD SESSION AT THE COBBLESTONE

One strand of Ireland’s culture that you definitely shouldn’t miss out on is traditional music, which is very much alive and endlessly evolving. The best place for an authentic experience is The Cobblestone, a traditional Irish music bar that’s said to be “a pub with a drinking problem.” It’s owned by Tom Mulligan, whose family has been playing Irish music for five generations. The ambience is cozy, relaxed, and electric, and different musicians perform seven days a week, purely for the love of it. At any given time, customers can get treated to gigs, sessions, classes, talks, and even bluegrass and country performances as both young and old artists join in. Enjoy it all with your own serving of Guinness!

Dublin is a charming city in itself, but there are days when the energy is especially vibrant and infectious. It regularly hosts festivals and gatherings, some of which are large-scale with an international guest list! Watch out for these five amazing events in 2019:

Tradfest is Ireland’s largest celebration of traditional music. From only 500 tickets in 2006, it has grown to 23,000 fans as of 2017. Hundreds of musicians, even those in folk, nu-folk, rock’n’roll, and other genres, come together in one city. It’s a once-a-year event where free sessions are played at iconic Dublin venues, such as St. Patrick’s Cathedral and the City Hall. The lineup is a varied mix—established local and international artists are part of it, but also rising homegrown talent.

You can’t pass this up if you have any interest at all in craft beer. It’s Ireland’s largest craft brew gathering, totaling more than 400 types of alone—and that’s not even counting all the cider, whiskey, gin, and vodka present! Attendees get to taste and experiment with the finest brews from Ireland and abroad as well as interact directly with more than 50 experts. Since grub is always an all-around concern when drinking, the fair has several culinary choices that you can pair with your current brew. There are usually educational talks and demonstrations, and live sports or entertainment on giant screens keeps the energy going.

St. Patrick’s Day, set for May 17 in 2019, is a national holiday in Ireland, and Dublin’s set again to welcome it with full regalia through St. Patrick’s Festival. Although it’s celebrated in many different places around the globe, nobody does it quite like the Irish. The festival consists of five days with more than 20 events and thousands of artists, and it’s perhaps the most nationalistic celebration, showcasing local pride and talent. The main event is often the Festival Parade, complete with musicians, marching bands, and dancers. For the rest of the festival, expect parties, film screenings, history walks through famous sites, Irish language activities, and more.

As Ireland’s premier literary event, this festival comes with an exciting, weeklong series of events spread out across several city center locations. Praised by the press for “boasting a stunning array of top international literary talent,” its attendees are from an astonishing range of countries, and it doesn’t hold back when inviting guest writers, which have includes Michael Ondaatje and Neil Gaiman. As specific as literary taste is, this festival is capable of winning the hearts of everyone, organizing workshops, lectures, performances, and readings across several genres.

The Festival of Curiosity

This four-day feast plays around with science, art, design, and technology to create immersive experiences that’ll pique your curiosity and have you thinking outside the box. It was started as the official legacy project of Dublin when it was named the European Capital of Science in 2012. So far, 45,000 people typically visit every year, and Dublin comes alive with ingeniously designed installations, pop-up playgrounds, immersive rooms, and virtual realities. It’s a fun event whatever your age, with “playful days” catering to families and kids and “curious nights” meant for adults.

These events are only a few of what’s in store at Dublin over the coming year. It’s just that lively a city! Since 2019 has just started, why not broaden your travel plans and set your sights on Ireland—or Dublin, specifically—for this year? As the Irish would say: Go dté tú slán (“May you go safely!”).