The deep cultural heritage, the quaint charm, and breathtaking landscape of Ireland has made it a increasingly popular tourist destination. There are many popular and iconic sites and activities in the country, but beyond the obvious, are fantastic destinations to get off the beat and path for a richer experience of Ireland and its people–past and present.

THE CRYPTS OF ST. MICHAN'S 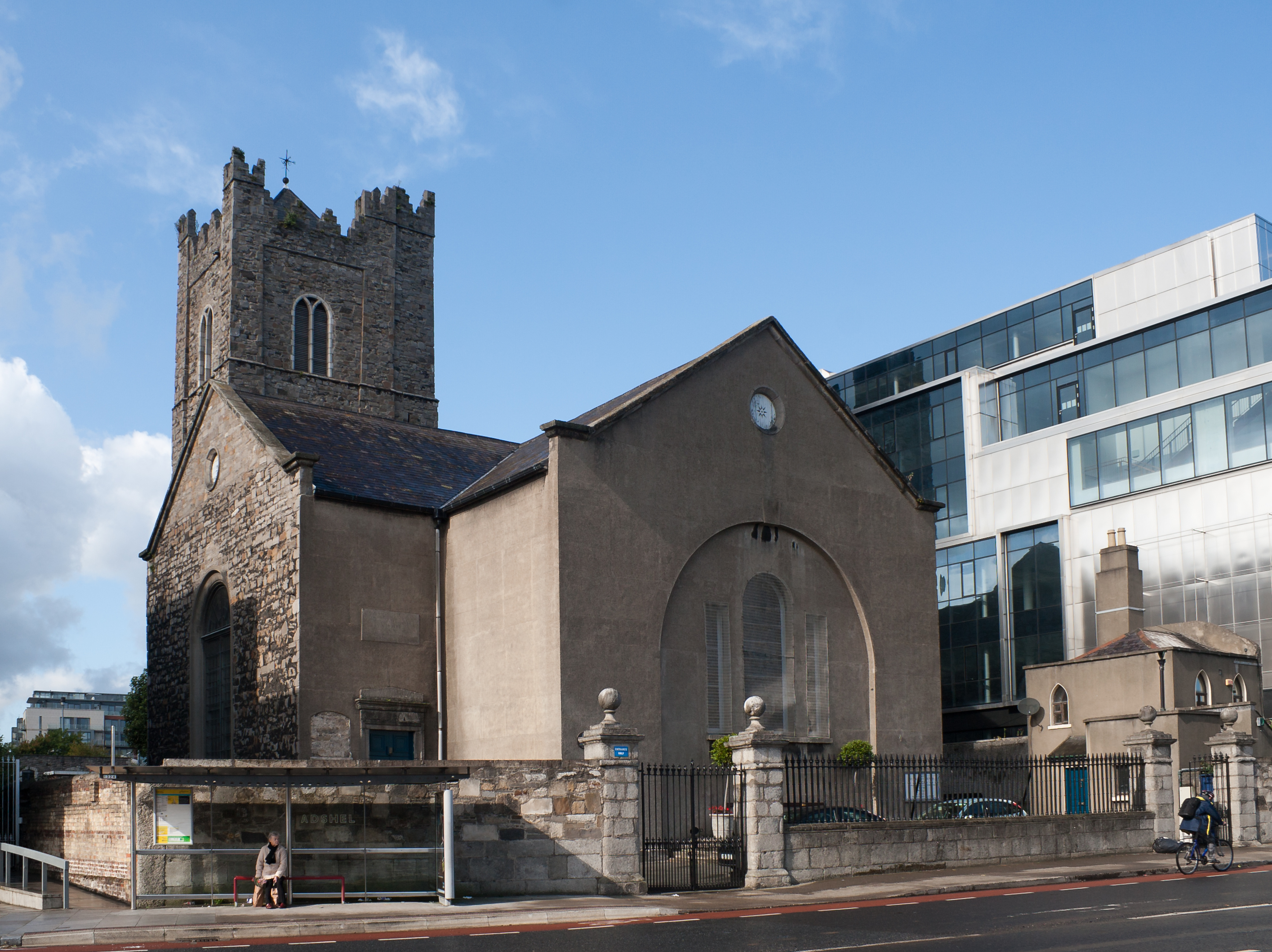 Dublin, the largest city in the Republic, offers a myriad of intriguing spots. For those with a dark side, the mummies at St. Michan are a fascinating and bizarre spectacle. A sojourn beneath the Church by taking stone steps down into the crypts lays the resting place of mummified corpses dating back 800 years. Dozens of coffins stacked in the basement and within nooks. Some experts have theorized that the limestone present in the basement creating an arid tomb-like environment is what preserved the bodies. Another possibility is the methane gas emitted from the swampy land that St. Michan is built atop. Either way, what is keeping the bodies from decomposing is also deteriorating the coffins revealing the bodies, which at times is just an arm or a foot jutting out. Only two of the six crypts are open to the public. Aside from the ghoulish basement destination, St. Michan has an interesting history itself. The Church foundation dates to the eleventh century and was constructed for the remaining Vikings after they had been killed or expelled earlier in the century by Wolf the Quarrelsome with other Irish forces. The Church was rebuilt in 1686 and a grand pipe organ was installed in 1724 for which legend has it that Handel first performed the Messiah.

MUMMIES AT THE NATIONAL MUSEUM 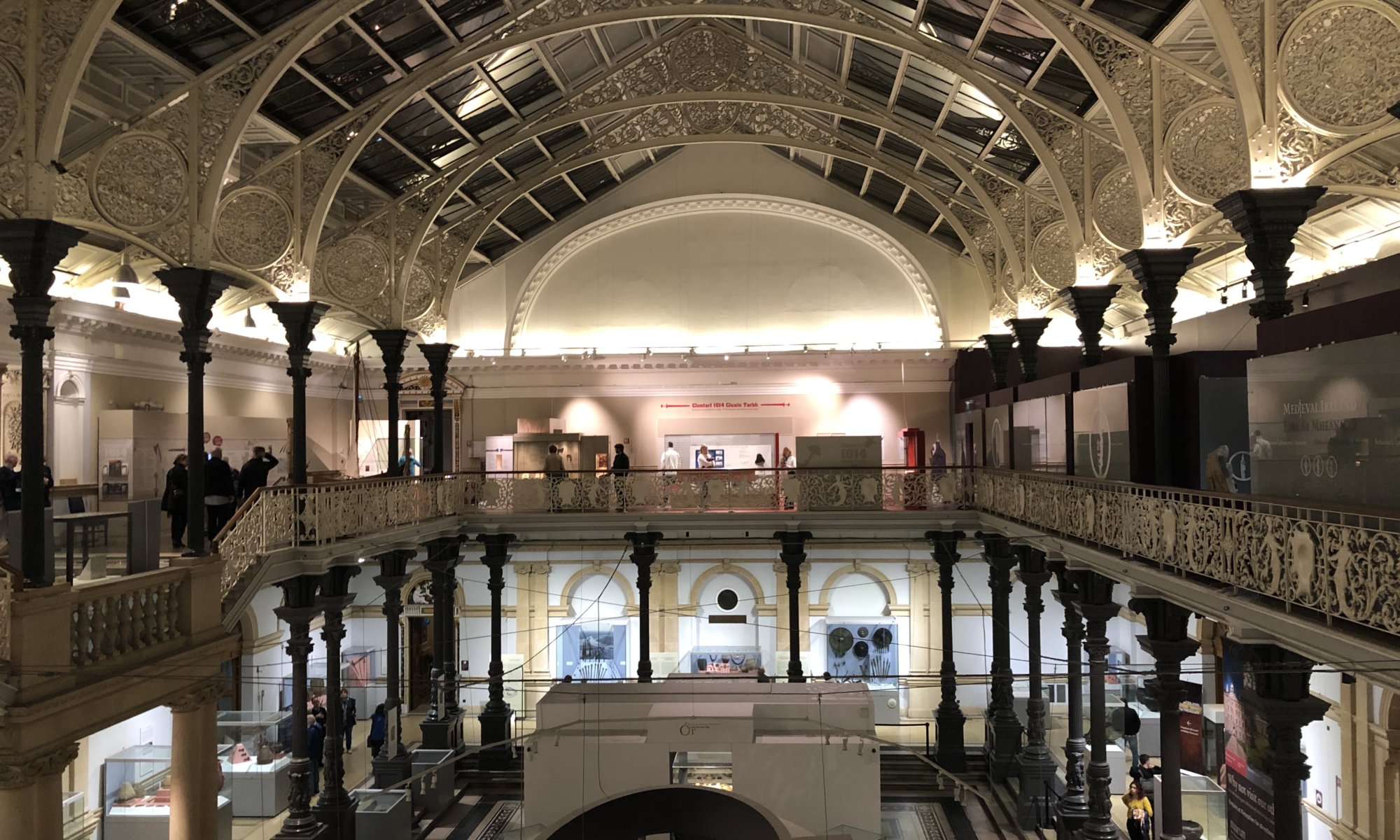 If morbid history and natural science truly is your jam, head to the National Museum of Ireland for more mummies. Kingship and Sacrifice is a permanent exhibition that is part of a research project begun in 2003. Several corpses–victims of human ritual sacrifice of prehistoric times–were brought to the museum for study and display. The peat bogs, where their bodies were disposed after their grisly demise, preserved the bodies in a state where blackened flesh still adheres to the bones.

Another tomb of note in Dublin is that of St. Valentine. Yes, the venerable saint and namesake for that romantic day in February. As the story goes a Carmelite Irish priest of the name Spratt went to Rome and impressed and charmed the Pope so much so that he was bestowed the remains of St. Valentine as a gift. Perhaps Spratt kissed the Blarney Stone before his papal visit. The remains came to Ireland in 1836 and after a long period in storage St. Valentine was laid to rest in the 1950s at the Church of Our Lady of Mount Carmel in Whitefriar Street, where he still rests today. 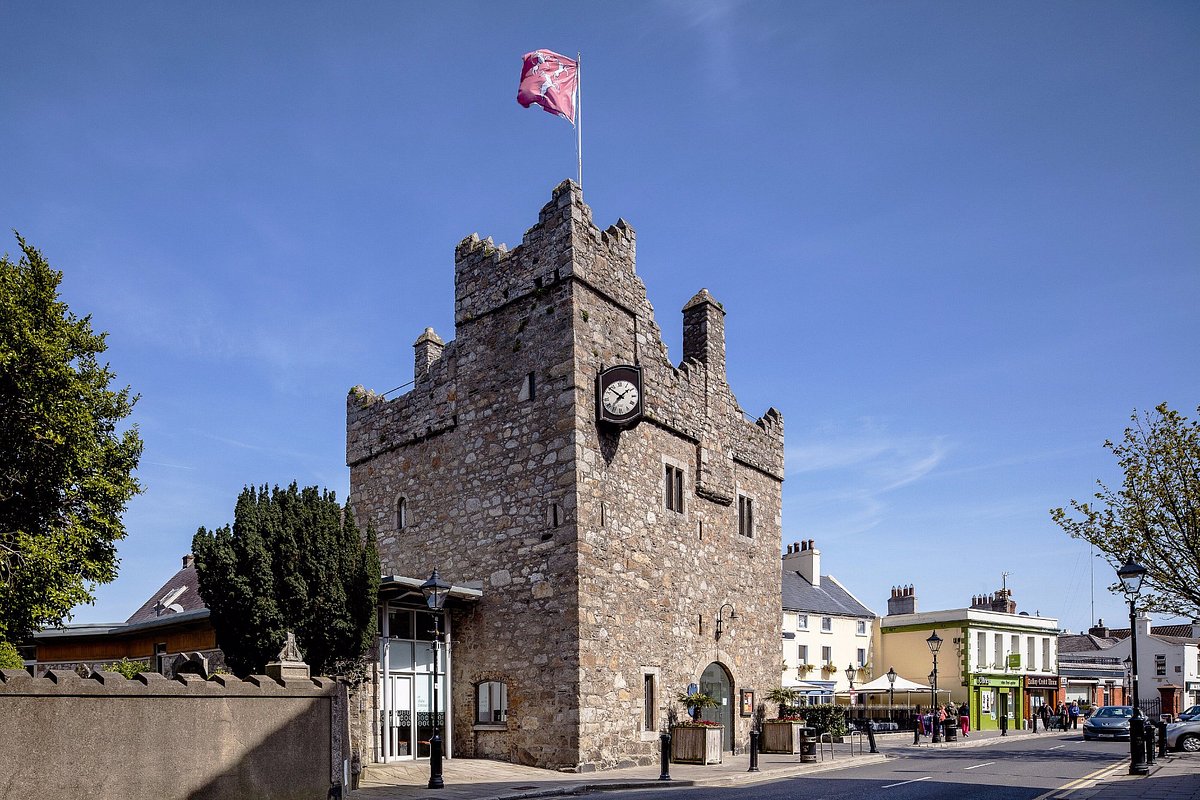 So often the fantasy of a charming remote past is what travelers seek. A European castle certainly fits the bill. Dublin has numerous medieval structures. Castle Dalkey and Heritage Centre presents a lively step into the past with theatrical performers guiding you into the fifteenth century. The fortification and townhouse with a church and graveyard is located on the southern edges just outside Dublin and accessible by public transportation (DART). If interested in Ireland’s great literary history, Dalkey Castle present and hour performance that includes works and recitations by some most renowned writers such as James Joyce, Seamus Heaney, Maeve Binchy and Van Morrison. 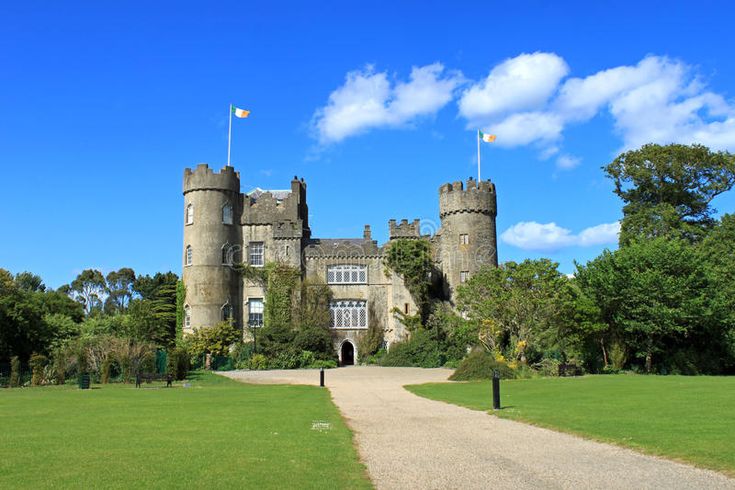 Heading north on DART is Malahide Castle in the pretty seaside community of the same name. This rustic edifice dates to the twelfth century and located on acres of parkland. The Talbot family resided there from its construction through in 1183 to 1973 when the last Talbot passed. The castle is furnished with an astounding collection of art, portraits, and furnishings as well as a Fairytale Trail and gardens. The Trail is a terrific family activity. Guided tours are available. 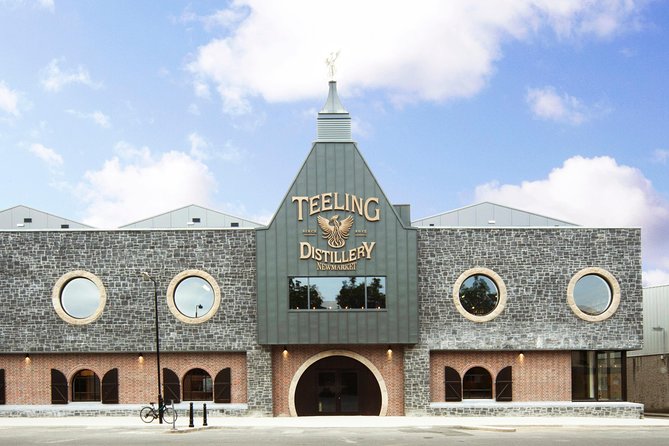 Although the Guinness Storehouse is one of the most popular tourist sites in Dublin, another venue for Ireland’s imbibing tradition and craft is the Teeling Whiskey Distillery. Founded by Walter Teeling in 1782, the distillery is located at the heart of Dublin in City Centre in Newmarket, what was an ancient market square. The distillery is fully operational and offers tours and tastings as well as includes a cafe with whiskeys, local craft beer, and tasty snacks. The more famous distillery, Jameson’s is well worth a visit too. Founded by John Jameson in 1780, the iconic label has two locations: one on Bow Street and one in Midleton. 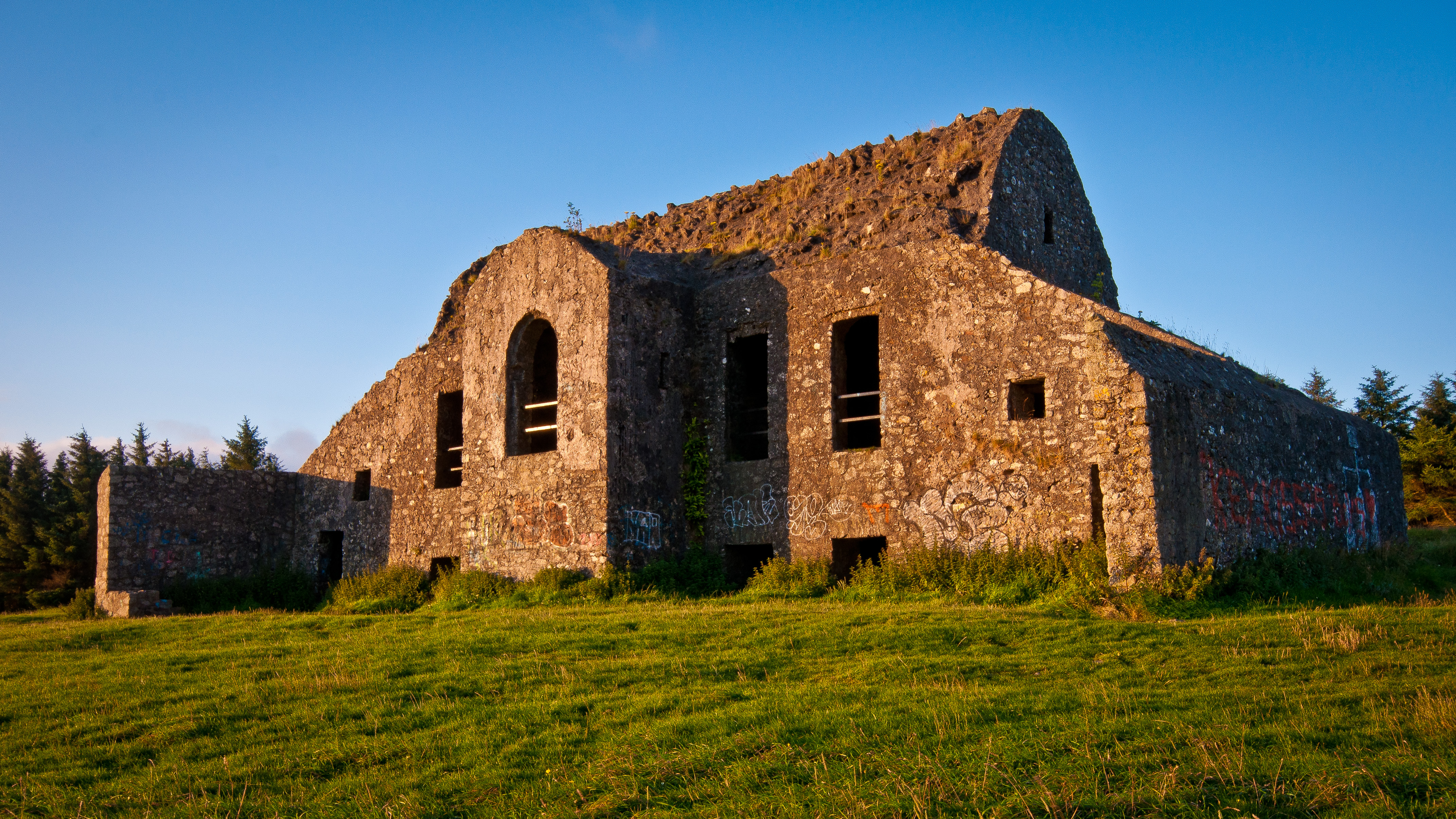 If mummies are not enough for the grim at heart, The Hellfire Club high atop Montpelier overlooking the city makes for a journey of gothic horror proportion. The dubious old stone building had a reputation of wanton debauchery, murder and mayhem, and rumors of the practice of Satanism. The club was founded by Richard Parsons in 1735 and who was known to dabble in the occult and dark arts. It is said to be haunted and if you are daring enough to take the tour of frightening tales and freakish terrors be prepared for a possible supernatural encounter. (Adventurous adults only). If ghostly and ghastly is not your cup of tea perhaps a walking tour of Dublin street art is the way to go. Dublin has an abundant array of sophisticated street murals bringing youthful modern vitality to city with over 900 vibrant works in just the North Quays area. Temple Bar and the Italian Quarter always have numerous stunning graphics to behold.

THE GLEN & TOMB OF QUEEN MEDB 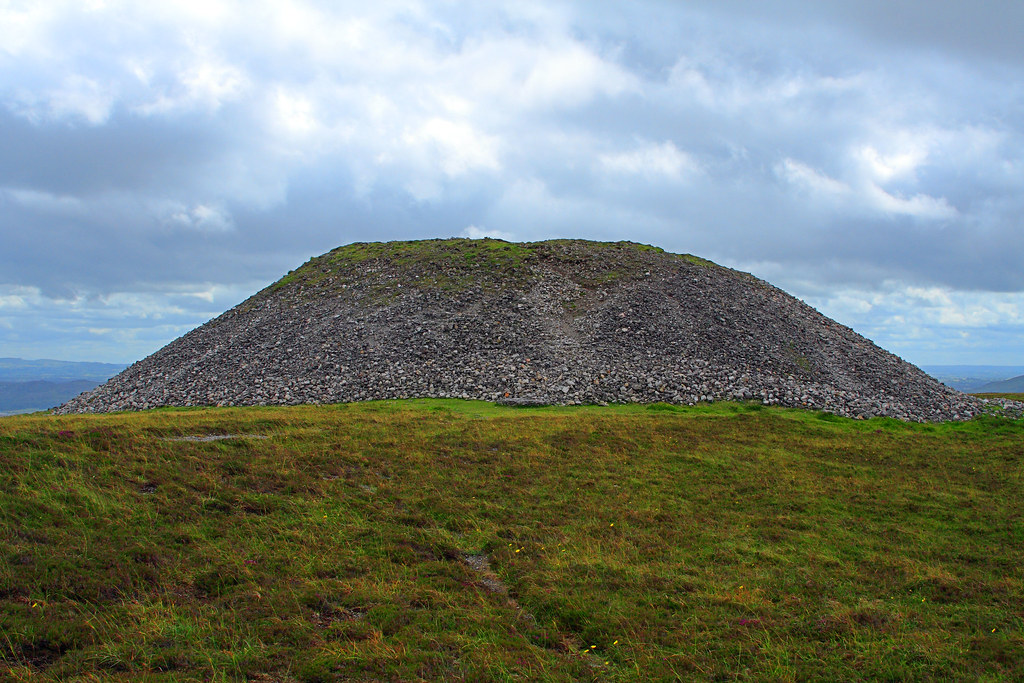 Beyond the bounds of Dublin are more marvelous and different things to do. Heading northwest to the coastline is Sligo. In Ireland, there are many glens, but in County Sligo there is The Glen. Nestled between vertical rocks reaching 60 feet, this small tranquil valley is of the utmost fairytale charm with lush greenery, mossy rocks, ivy vines, bright hues, and very old trees. On expects a thatched hobbit cottage at every turn. The Glen is still rarely visited providing a peaceful commune with nature. At the side of Knocknarea Mountain, it is a prominent destination for hikers seeking awe-striking natural scenery. Also nearby in Knocknarea Mountain is the tomb of the mythical Queen Maeve (or Medb) marked by a large pile of rocks. She is a popular figure in Celtic mythology and was a warrior Queen who sat on the throne of Connacht. She had many husbands including the King of Ulster. As the lore goes, it is good luck to remove a small rock at the bottom of the tomb and place it at the top.

Just south of Dublin is County Wicklow and the peculiar Victor’s Way Indian Sculpture Park. The 22-acre park includes a series of 14 statues reflect the path to enlightenment with several Hindu deities such as Shiva, Ganesh and Nirvana Man. There is also a plaque dedicated to the mathematician Alan Turing. Adult humans seeking meditation and contemplation only and despite some of the expressive drama the figures depict. The park is open at the discretion of its owner and closed during winter months. 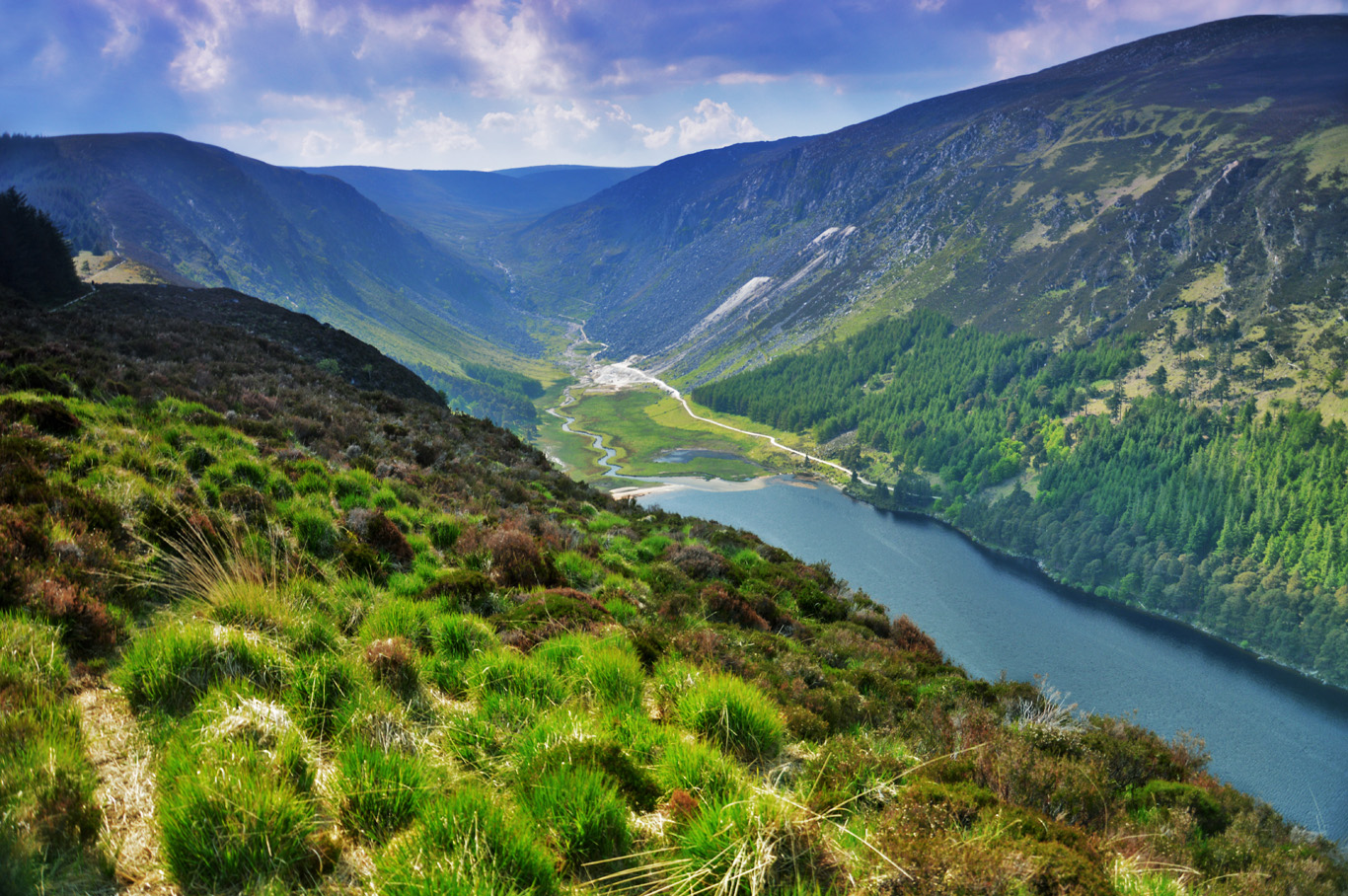 Nearby in Wicklow is Glendalough and the ruins of a sixth century tower for a monastery constructed by St. Kevin. Another historic wonder with fairy tale charm, the tall thin, tall round tower has been nicknamed the Rapunzel Tower and likely been used as a fortification as well as a bell tower by monks. Around the area’s countryside are several structures–chapels, cathedrals, crosses–from the eleventh and twelfth centuries. The subtle masonry craftsmanship is something of note with most of the architecture. 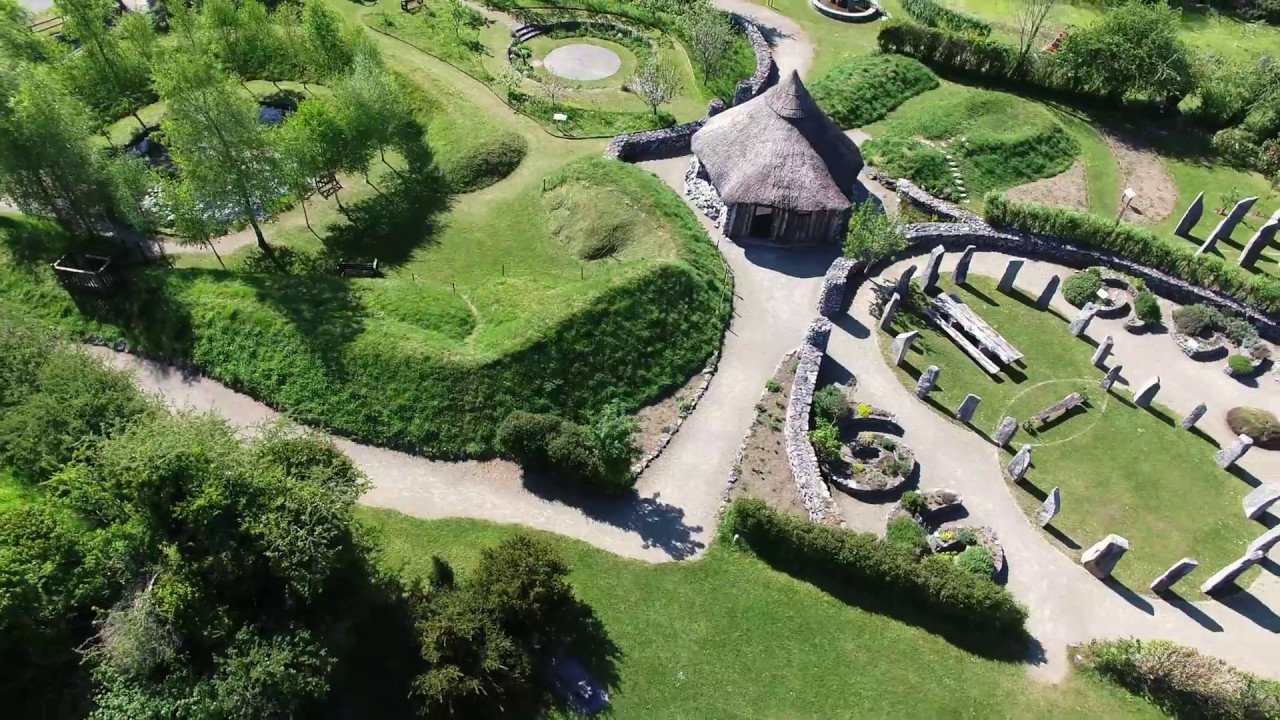 A trip to Galway on the west coastline provides more curious sites. Galway is known for its rustic, bohemian appeal with delicious food and cultural festivals as well as Brigit’s Garden, one of the most astonishing and beautiful gardens in all Ireland. Based on the Celtic cycles, which reflect the four cycles of life, this thematic and rustic garden is approximately 11 acres which represents the natural foliage of the region. The garden walk includes a discovery trail, the largest sundial in Ireland, Neolithic roundhouse and an Iron Age roundhouse. Nearby Galway along the River Corrib is Menlo Castle. Overgrown with greenery, this abandoned castle dates to the sixteenth century. The Blake family, who were English nobles, inhabited the residence until a fire destroyed the castle in 1910 but the ruins remain. It is a picturesque sight not to be missed. 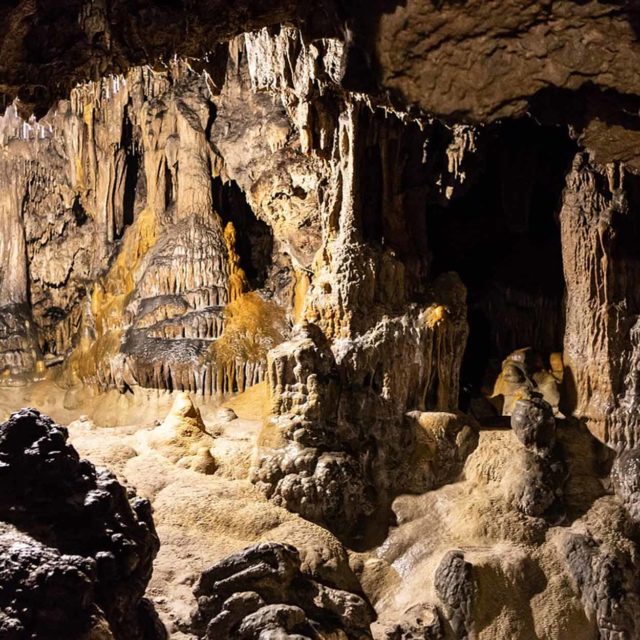 County Kilkenny, south and east, also has quaint rustic charm and places of note. Near and ninth-century tower in ruin is the Tullaherin Folk Museum is home to the Heritage Society exhibiting material culture from recent history. Founded in 1981, many local residents donated their humble household objects to create a picture of rural life in Ireland and around Kilkenny including numerous walking sticks to cross the Irish terrain. Intriguing for many writers and archaeologists alike, enigmatic Dunmore Cave is also in Kilkenny. In addition to some gold and silver found deep into the earth and the interesting geological formations, many human bodies were discovered too giving some support to stories of a tenth-century battle and massacre with the Vikings, although not enough to validate the tale of 1,000 casualties. A ninth-century poem describes the caves as “one of the darkest places in Ireland.”

Ireland offers numerous magical moments, enriching and captivating. Make the effort to transcend the obvious and safe travels! Did we leave something off our list? Let us know in the comments below!