The Vikings were known to plunder and pillage communities throughout Europe, attacking towns from their massive ships and attempted to colonize Newfoundland. The Italian and the Spanish have their noble histories as explorers by way of ships sailing across the Atlantic. The British Royal Navy dominated the 18th and 19th centuries.

But what about the Irish? After all, Ireland is an island and its expansive western coast has lots of bays and sounds that are perfect for casting off boats to sail for unchartered waters.

Well it’s true, the Irish have their own history of sea craft and ocean-based exploration. In fact, some scholars hypothesize that St. Brendan (Naomh Bréanainn or Naomh Breandán in Irish), one of the Twelve Apostles of Ireland, could have been the very first European to lay eyes on America (sorry Leif Erikson and Chris Columbus). Often referred to as Brendan the Navigator, he is said to have reached its shores via a leather-clad boat in the 6th century, accompanied by 16 monks, in a search for the Garden of Eden.

Regardless of the veracity of the tales of Brendan the Navigator, it’s certainly without question that the Irish were early seafarers and shipbuilders and that they set an example for later ocean explorers. 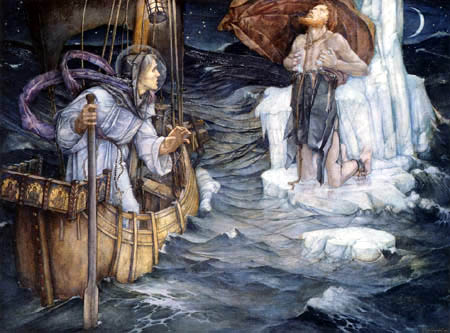 "The Voyage of St. Brendan" by Edward Reginald Frampton, 1908. (Chazen Museum of Art, University of Wisconsin-Madison)

Other than rolling green fields with a single white-walled and thatched cottage, there is perhaps no landscape more associated with Ireland than the foreboding, rain-slashed coast, with fishermen hauling in the day’s catch under cloudy skies and wind. (To be fair, both are clichés for a reason.) But given the latter’s prevalence in the popular imagination, how could Ireland not be one of the ancestral homes of shipbuilding?

For the original Irish mariner’s story, we turn to the portion of the west coast of Ireland in County Kerry, where Brendan was born. He is said to have built a boat made of woven branches, hides and tree bark. Although there is no reliable evidence that Brendan actually reached North America, the tale has been passed down through time and, as such, has become more than just a legend. 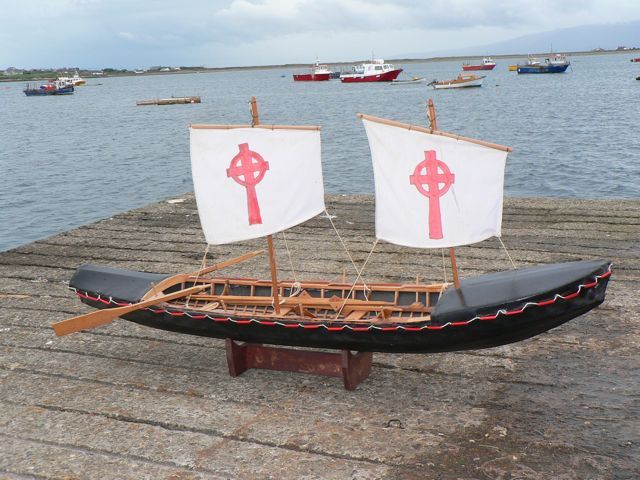 A model of St. Brendan's curragh.

Brendan’s boat may have been an early precursor to what became one of the best-known types of Irish boats—the currach (naomhóg in Irish). Built from a wooden hull with either dried animal hides or canvas stretched over the wood, the currach is indigenous to western Ireland’s coast. It is used on both the ocean and on Ireland’s rivers and is used extensively by fishermen and though typically powered only by long oars, some early versions included sails.

The currach was first constructed in Ireland during the Neolithic period by early settlers. Its design was perfected over time and some form of this boat was the model for what Brendan used in his cross-Atlantic trip. There’s been a recent resurgence of interest in the currach, both to build replicas of the earliest models and to use them as racing boats. 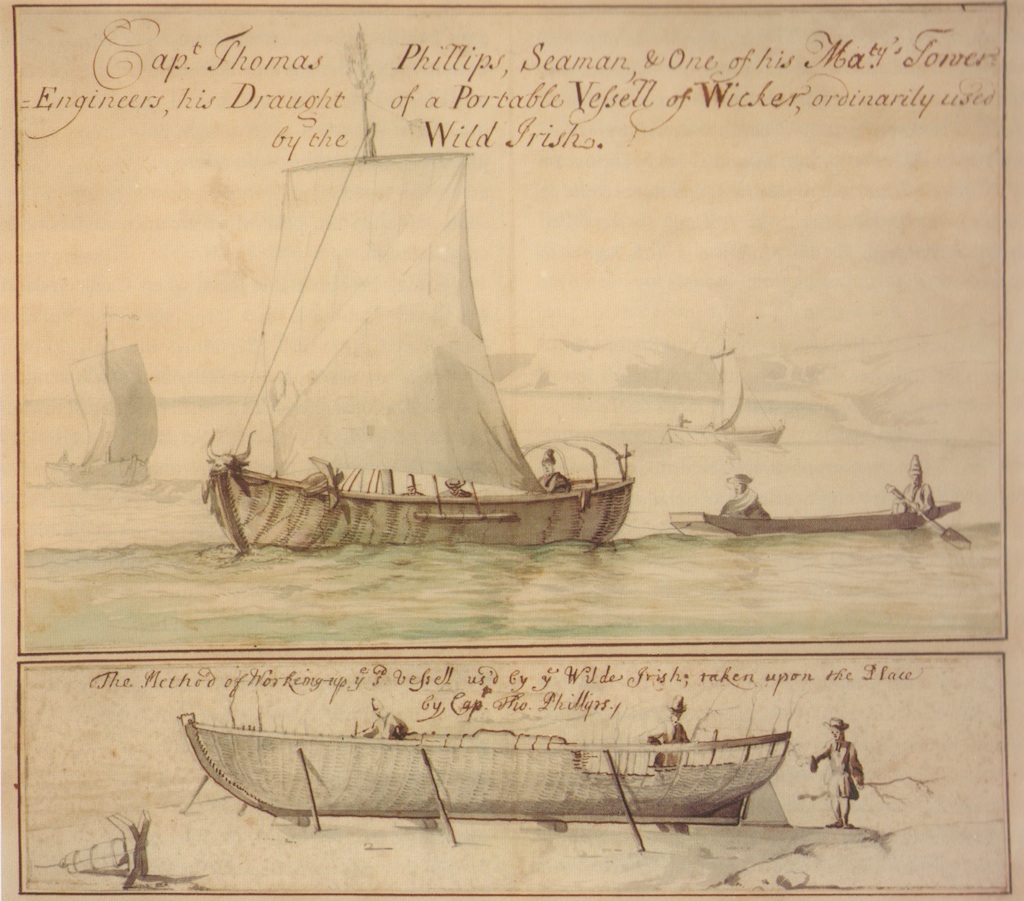 Currachs have become a popular boat for racing and a currach race was held in early 2018 on the River Thames in London. Other currach races are held throughout Ireland, including some in the Aran Islands.

Many other boats designed and built in Ireland have developed a sterling reputation. The Galway hooker is a fishing boat that was developed to withstand the strong winds and seas of Ireland’s western coast. The Cruinniú na mBád festival (the Gathering of the Boats) is held each year in Galway to celebrate these boats and their dark brownish-red sails fill Galway Bay as they race from Connemara to Kinvarra. 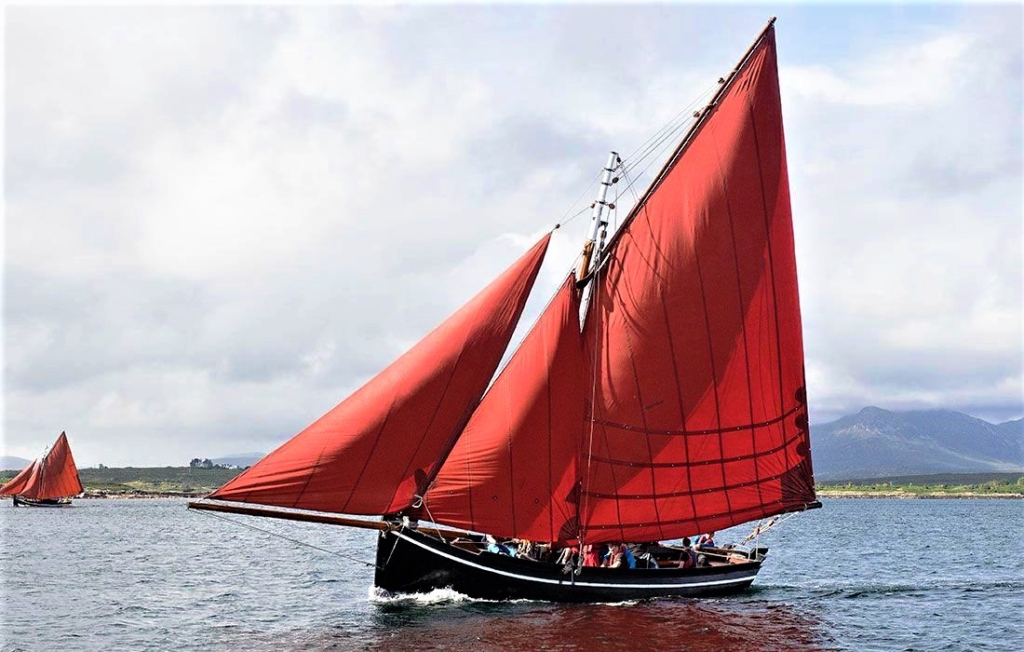 Clinker-built hulls are another famous ship of Irish origin, although the design was probably introduced to Ireland by the Vikings. A strong boat, yet surprisingly light, the clinker-built hull uses overlapping planks to derive its sturdiness. It was built to withstand the raging storms of the North Atlantic. 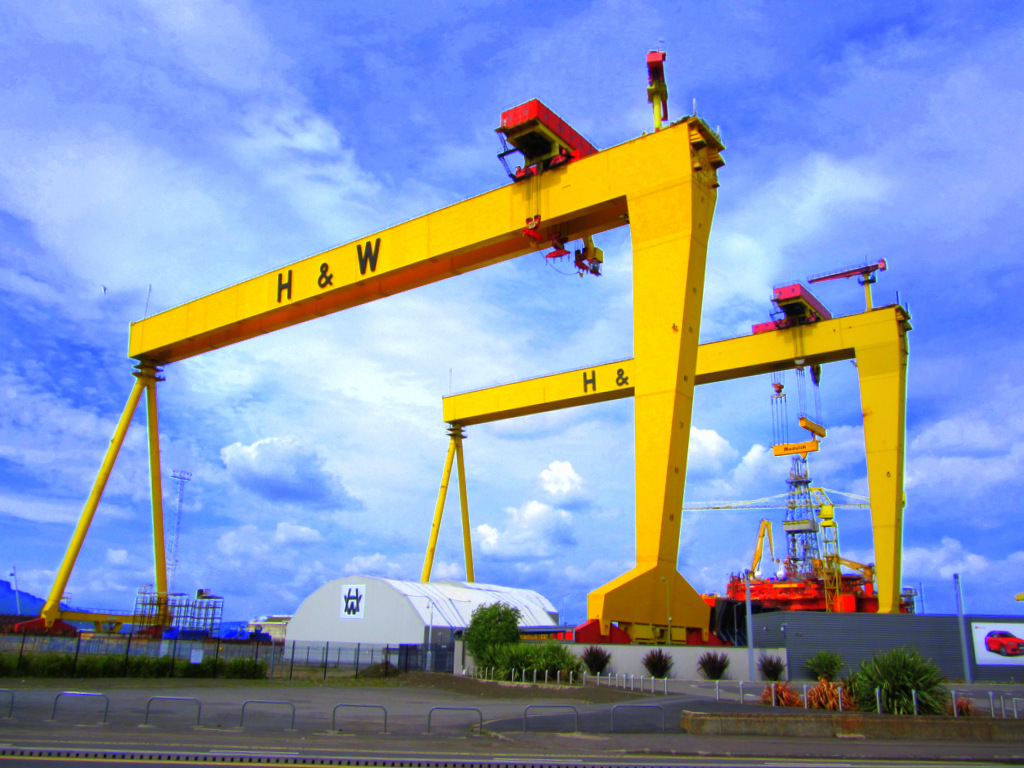 "Samson" and "Goliath" gantry cranes in Belfast that have become an icon of the city. (Rossographer / Geograph)

Moving to recent eras, the seaport village of Foynes, located near Limerick, is known for its Flying Boat and Maritime Museum, which commemorates and documents the so-called flying boats that were used to ferry passengers across the Atlantic during World War II. In addition to the flying boats, the museum also has an extensive collection devoted to currachs and gondolas and provides exhibits showing how these boats were constructed.

Other parts of Ireland’s shipbuilding heritage are perhaps not so admirable, but in fact are more than a tad infamous. This is referring, of course, to the RMS Titanic, which was built at the famous Harland & Wolff shipyard in Belfast in 1909. At the time of its maiden voyage, the Titanic was touted as the world’s greatest ship ever built and certainly the largest ship on the seas at the time; we know how it ended.

Yet the Harland & Wolff shipyard was also responsible for some of the world’s most well-known and successful ships. The Olympic-class line, of which the Titanic was a member, were ordered from Harland & Wolff specifically by the White Star Line, one of the largest cruise ship operators in the world at the time. The RMS Olympic, also built in the same period by Harland & Wolff, was operated for nearly two decades in successful service. 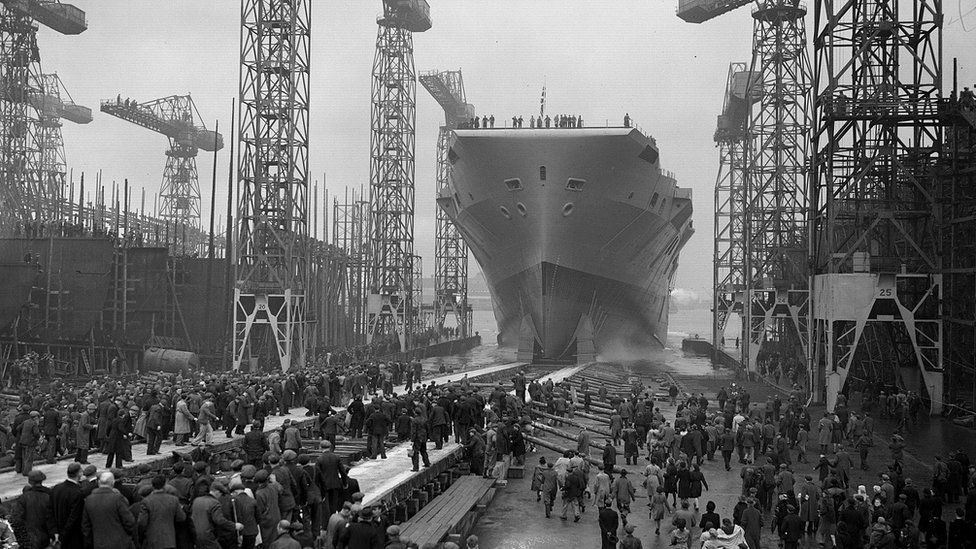 Harland and Wolff shipyard workers head home for the day with the Titanic is visible in the background. (Public Domain / Wikimedia Commons)

Harland & Wolff continues to this day as a major shipbuilder and has constructed vessels for the U.K.’s Royal Navy, the Royal Mail and many other shipping companies. Harland & Wolff’s shipyard in Belfast remains one of the world’s major centers for repairs of large ships, although the company has gotten out of the business of building new vessels from scratch.

Other parts of Ireland have also contributed to its shipbuilding heritage. Waterford’s shipyards had their heyday in the 19th century and employed at least a thousand workers at their peak. The Neptune Shipyard in Waterford was known for its iron steamships and it build some of the largest trans-Atlantic passenger ships during the mid-19th century.

The Verolme dockyard in Cork Harbour was one of the world’s most productive shipbuilders through the 20th century, up until its closing in the mid-1980s. Cranes used to build ships at Verolme, which became signature emblems of Cork’s coastal history and stood sentry over Cork Harbour for six decades, were dismantled and removed only as recently as February 2018. 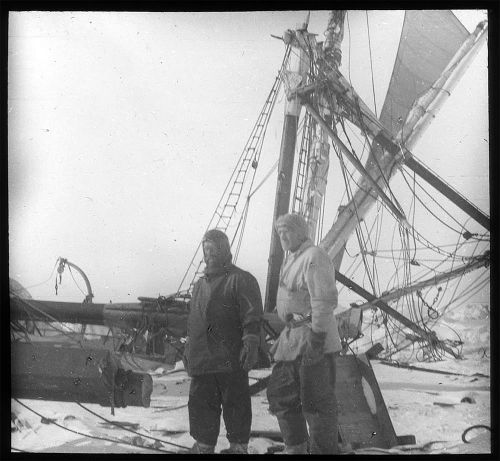 What about famous Irish sailors? Conor O’Brien, born in Limerick in 1880, sailed his boat Saoirse around the world, which he wrote about in the book “Across Three Oceans.” The yacht is considered to be the first to have circumnavigated the globe by going around three capes: Cape Horn, the Cape of Good Hope and Cape Leeuwin in Australia. The Saoirse was built at the Baltimore Fisheries School shipyard in Cork.

One of the most famous polar explorers was Sir Ernest Shackleton. Born in County Kildare, Shackleton set a record for one of the most southerly expeditions in 1909, when he came within 100 miles of the South Pole. A later expedition ended in disaster, when the Endurance ship on which he was sailing was trapped in pack ice and he and his crew were forced to use lifeboats to reach the remote island of South Georgia until they were rescued.

Tom Crean, born in Annascaul in County Kerry, was another famous explorer of Antarctica. A member of the Royal Navy, he sailed on the Terra Nova to Antarctica in 1911, in an attempt to become the first person to reach the South Pole. Although he lost out to Roald Amundsen, his bravery in hiking three dozen miles across the Ross Ice Shelf to save a crewmember earned him the Albert Medal.

The boat building tradition in Ireland lives on, even if it’s now more closely similar to the original hand-crafted wood-and-leather boats like currachs than the iron and steel behemoths of the Harland & Wolff Shipyard in Belfast. Several schools have been established to continue the tradition of Ireland’s boat building heritage, including Ilen in Limerick, which both teaches the construction of old styles of Irish boats like Gandelows and Angling Cots, and offers training in how to sail.

No matter the size or materials used in construction, it seems there’s no separating Ireland from its longstanding roots as a shipbuilding and seafaring community. As interest in Irish boat building continues to gain steam among new generations, it’s a certainty that the currach, the Galway Hooker and many other Irish boat designs will continue to proliferate throughout the seas.