The traditional dress of Ireland during the early days was inspired by the Gaelic and Norse costumes. It consisted of check trews for men worn with a fringed cloak or mantle, or a short tunic for both men and women worn with a fringed cloak. Although the people of Ireland do not strictly wear their traditional costume, yet it has retained its importance through folk music and folk dance. 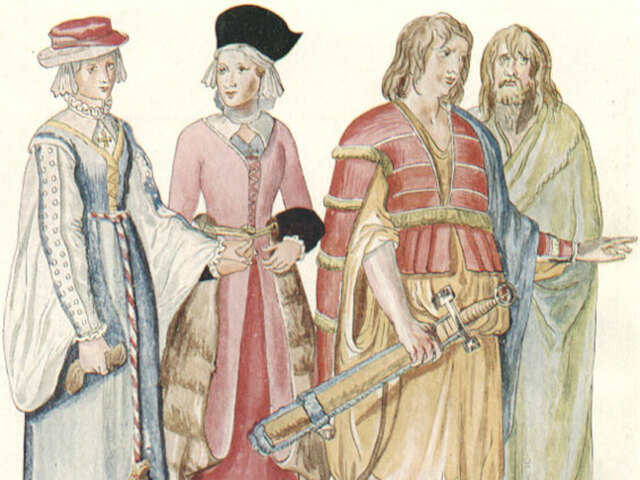 The traditional style of Irish dressing was prohibited in the 16th century AD under sumptuary laws passed to suppress the distinctive Irish dress as the Irish were reluctance to become part of England. The fringed cloak was particularly forbidden to wear as well as the wearing of trews or any saffron-colored garment. Saffron yellow was an important feature of Irish costume.

In present times, Irish dancers are the best example to witness the traditional clothing of Ireland. In the early 1800’s female dancers wore ordinary peasant dresses often embellished with ribbons formed into flowers or crosses. The crimson homespun skirt reached till the ankles worn with a simple black bodice. From the late 1800’s onwards, pipers wore the kilt and from about 1910 male dancers began to wear this form of costume. 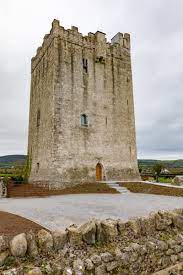 During this period the typical female dance costume consisted of a hooded cloak over a white dress with a sash. During the early 1900s, there was a trend of minimum design on the costumes. With the establishment of the dancing schools, each one came up with design their own distinctive costumes. The interlocking lines in the design denoted the continuity of life. The most common colors used in the dress were green and white. Red was deliberately avoided because of its relevance to England. The ancient Irish were fond of bright colors, as it was a mark of high social status in the community to be allowed to wear more than one color.

The dresses worn by women are similar to the traditional Irish peasant dress of the 8th century AD. They are decorated with hand-embroidered Celtic designs based on the Book of Kells and Irish stone crosses. The imitations of the famous Tara Brooch are worn on the shoulder holding the flowing shawl which falls down over the back. From around the 12th century AD onwards, gold thread embroidery came to be associated with an important item on women's clothing. 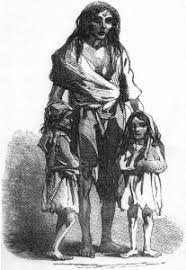 A depiction of traditional Irish dress of the time of the Irish Great Hunger published in the Illustrated London News, December 22, 1849. (Wikimedia Commons)[/caption]

Lace collars became fashionable around the 18th century when Carrickmacross and Limerick Lace were first manufactured. These fashion trends are still in vogue in today's Irish costumes.

The men’s costume is little less ornamented than women. They wear a plain kilt or pants and jacket and a brat, a folded cloak hanging from the shoulder. Brat means "cloak" or "mantle" in Irish.

The cloak or brat was a symbol of rebellion during the suppression since it enabled the rebels to endure the worst weather while holding out in the mountains. Most women in Ireland did not wear footwear until over a century ago. This, as a result provided them with a grace and bearing which is hard to achieve by today's dancers. 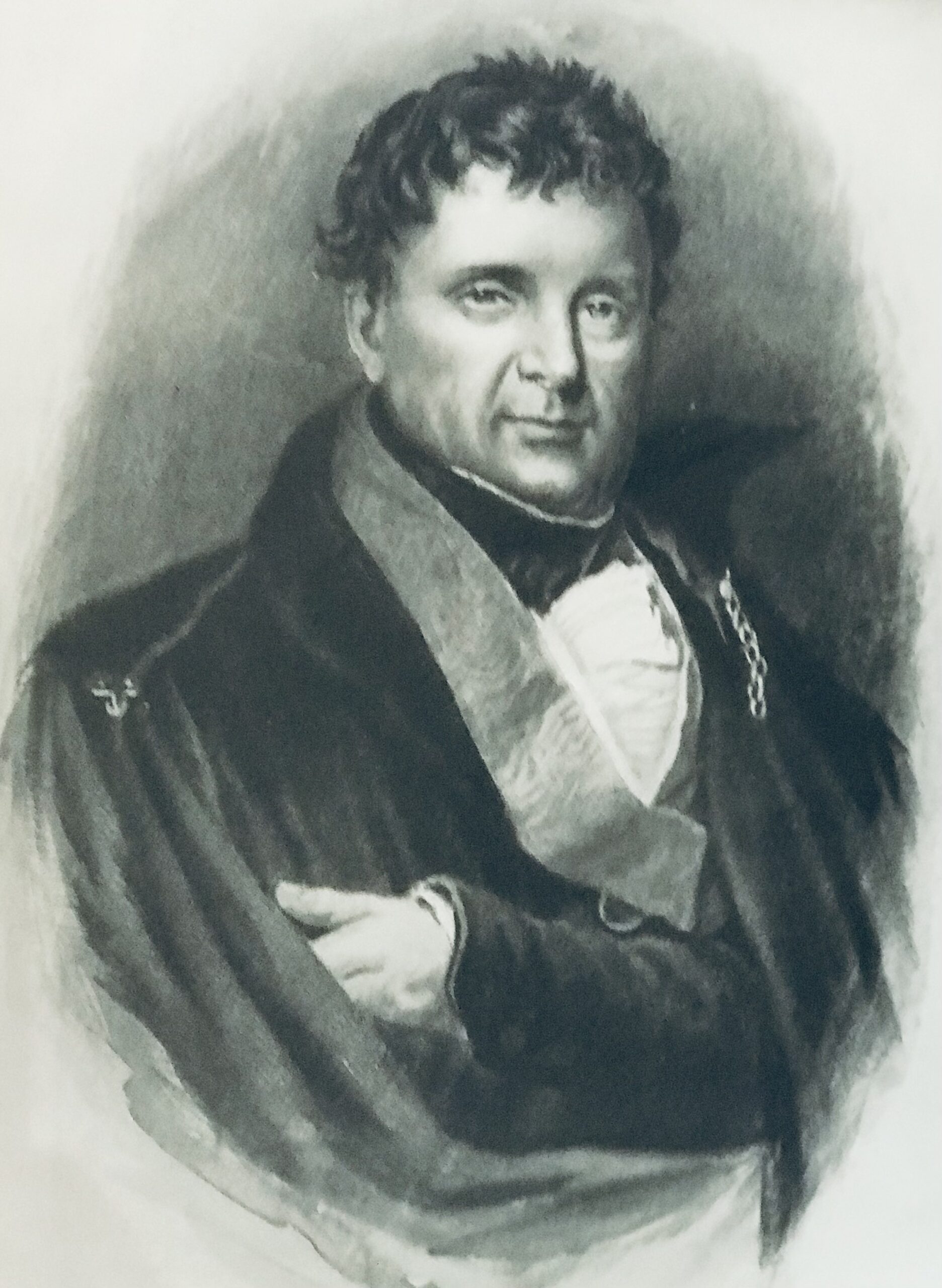 "Daniel O'Connell: The Champion of Liberty," published in Pennsylvania, 1847. (Library of Congress)[/caption]

Around 1924, soft shoes were introduced for the first time by girls dancing jigs, reels and slip jigs. The men wore home-made raw-hide shoes or brogues because they worked on the land, which would, have been light on the feet and suitable for dancing. These shoes can still be seen on the Aran Islands where they are called Broga uirleathair. Some fishermen on the west coast wore wooden soled taps or clogs. When it became illegal to teach traditional music, the rhythm of the dance tune was passed down by tapping the hard shoes on the flag stones in the kitchen. Modern dancers wear specially made hornpipe shoes, and for reels and jigs soft shoes akin to ballet pumps. The crios, worn by some dancers, is a colored hand-woven belt originally worn by Aran Islanders.

Today, the dress of some of the dancers of Ireland reminds us of the dance at cross-roads in bygone days. Nowadays each dancing school has its own distinct costumes. It is easy for an expert to identify which school a dancer attends from simply examining the color and design. For group dances, all dancers wear the standard school costume. Adult female dancers wear a skirt and men wear a jacket and trousers. Male dancers at all levels have a choice of a kilt or trousers and a shirt. When a female dancer reaches a high standard of skill and displays perfection in competitions, she may wear a solo dress with her own unique choice of color and design.

The solo dress is only worn during competitions. It is a sign that a dancer has achieved a high level of skill in Irish step dancing. Solo dance dresses can range from £400 to £600 and are made by professional dressmakers who specialize in dancing costumes.