Around one million people in the country of Ireland speak the Irish language, with an additional 20,000 Irish speakers in the United States, where it is often called "Gaelic." Part of the Celtic group of languages, it is similar to Scots Gaelic, Welsh, Breton, and Manx. As such, it might seem to have strange pronunciations to the average English speaker, but with our pronunciation guide to some of the most common Irish language phrases and names, you'll be pronouncing like a pro in no time. Just remember, if you're traveling to Ireland, most people there call it, simply, "Irish."

Irish Gaelic has an official status in Ireland and there are public titles and organizations with Gaelic names. These include Taoiseach (Prime Minister), Garda (police), and Dail (parliament). You should also make sure that you say the word Gaelic properly: for Irish Gaelic, “Gael” rhymes with the English word “sail”, while for Scottish Gaelic, “Gael” rhymes with the English word “shall”. And remember, all c's are hard in Irish.

ADHARCÁILÍ (“ay-er-KOH-li”): The Irish verb adharcáil means “to gore” or, in relation to animals like bulls or goats, “to attack with horns.” The derivative adharcáilí is used to refer to an animal in heat or, figuratively, to a lustful young man.

ADUANTAS (“ah-dWON-tes”): The word aduantas doesn’t really have an English equivalent, but describes that feeling of unease or anxiety caused by being somewhere new, or by being surrounded by people you don’t know. It’s derived from aduaine, the Irish word for “strangeness” or “unfamiliarity.”

AIMLIÚ (“AM-lyu”): Aimliú is the spoiling or ruining of something by exposure to bad weather. Not that it only refers to things like plants and timber, however. You can also use it to describe soaking wet clothes, or the health of someone caught out in the rain.

AIRNEÁNACH (“ARR-nen-ech”): In Irish, airneán or airneál refers to the traditional custom of “night-visiting,” in which everyone in a village or area would turn up at one local person’s home for an evening of music and entertainment. An airneánach is someone who takes part in just such an evening, but the word can also be used more loosely to refer to someone who likes working or staying up late into the night.

AITEALL (“AT-ell”): The perfect word for the spring. An aiteall is a fine spell of weather between two showers of rain.

ASCLÁN (“ash-KLAWN”): As well as being the Irish word for the gusset of a pair of trousers, an asclán is the amount of something that can be carried under one arm.

BACHRAM (“BOCH-rum”): Bachram is boisterous, rambunctious behavior, but it can also be used figuratively for a sudden or violent downpour of rain.

BACACH (“BAH-cakh”): As an adjective, bacach means “lame” or “limping” Gaelige bhacach is broken, faltering Irish speech. But it can also be used as a noun to describe a misery or beggarly person, or, idiomatically, someone who outstays their welcome or who drags their heels.

BÉALÁISTE (“bay-al-ASH-tuh”): A drink or toast used to seal a deal.

BEOCHAOINEADH ("bay-oh-keen-yu”): An “elegy for the living” in other words, a sad lament for someone who has gone away, but who has not died.

BOGÁN (“BOH-gawn”): A bogán is an egg without a shell, although the word can also be used of soft, unsteady ground, as well as mushy, overcooked food and, by extension, a spineless person.

BOTHÁNTAÍOCHT (“BOCH-an-TI-ucht”): Another Irish word without an exact English equivalent, bothántaíocht is the practice of calling on all your neighbors just to catch up on all the gossip.

BREACAIMSIR (“BRAH-cam-SHUR”): Related to the Irish word for “dappled” or “variegated,” breacaimsir describes the weather when it is neither particularly good nor particularly bad.

BUNBHRÍSTE (“bunya-VREESH-ta”): Those jeans you’ve got that are nearly worn through but are still wearable? They’re a bunbhríste—namely, a pair of worn but still usable trousers. A worn out but still wearable shoe is a bunbhróg, incidentally, while a man’s second best suit is his bunchulaith.

CLAGARNACH (“CLOY-ger-nach”): Literally meaning “clattering”, clagarnach is the sound of heavy rain on a rooftop.

CODRAISC (“COD-reeshk”): As well as referring to a riff-raff or rabble of people, a codraisc is a random collection of worthless or useless objects.

DÉLÁMHACH (“TEE-lay-wah”): Délámhach or dólámhach literally means “two-handed” in Irish, but it can be used idiomatically to mean “working all-out,” or “giving your best.”

DROCHDHEOIR (“DROCK-ywee”): The Irish prefix "droch" is basically an equivalent of the English prefix un–, in that it effectively reverses the meaning of the word to which it is attached. In Irish, though, droch– is often used to describe something bad or unfavorable, or is used to imply dangerousness, maliciousness, or poor quality. Drochairgead, for instance, is counterfeit money. A droch-cháil is a bad reputation. A droch-chumann is a malicious or plotting group of people, or an illicit love affair. And a drochdheoir—literally a “bad drop”—is a negative or unflattering character trait that a child inherits from his or her parents.

FOISEACH (“FAR-sha”): Foiseach is grass that can’t easily be reached to be cut, so is often used of the longer grass around the edge of a field or lawn, or to the overgrown grass on a hillside or verge.

IOMBHÁ (“OM-wah”): Derived from iombháigh, the Irish word for “to swamp” or “submerge,” an iombhá is either a sinking boat half submerged in the water, or any place where there is a danger of drowning.

MAOLÓG (“MAY-loag”): When you fill something up to the brim but then keep on adding more, the part that lies heaped above the top of the container is the maológ. The same word is also used for someone who sticks out from a crowd, or for a small knoll or hill in an otherwise flat expanse of land.

PLOBAIREACHT (“PLOH-ber-acht”): When you’re crying and trying to speak at the same time but can’t make yourself clear, that’s plobaireacht.

POCLÉIMNIGH (“POH-claim-nee”): Pocléimnigh is closest in meaning to English words like “frolicking” or “gambolling.” It literally means “buck-jumping,” and is a one-word name for an energetic, excitable leap into the air, or a jump for joy.

RAGAIRE (“RA-gerra”): Ragaireacht is an Irish word for late-night wandering, or for sitting up talking long into the early hours. And a ragaire is someone who enjoys precisely that.

SABHSAÍ (“SAWH-see”): Someone who works outside no matter how bad the weather is a sabhsaí.

STRÍOCÁLAÍ (“SHTREE-care-LEE”): Stríocálaí literally means “scratcher” or “scraper” in Irish, but can be used figuratively to describe someone who works hard but is not particularly well-skilled.

Finally, with St. Patrick's Day coming up, we'll teach you the many ways to wish people well on the most Irish of holidays. There are several ways to say "Happy St. Patrick's Day" depending on who you are with, how many people you are addressing, and your relationship to them. Enjoy! 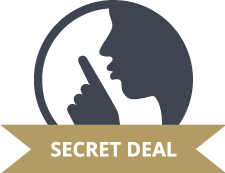 Despite its difficulty in pronunciation for many native English speakers, the Irish language, once you learn the basics, can be fun and beautiful to learn and speak. Did you find our guide helpful? Does it inspire you to learn more Irish? Let us know in the comments!