Brandon Stanton, the famous photographer and creator of the blog Humans of New York, had been snapping pictures of New Yorkers and putting them online for a long time before anyone noticed. What changed? Stanton says his career really took off when he started posting mini-interviews alongside the photos that told the human stories behind the faces.

The lesson is that a beautiful and striking visual on its own often comes up empty. To truly resonate with people, it helps to tell a compelling story. The Irish are world-renowned for their storytelling and ‘gift of the gab’, so perhaps it’s not surprising that even their knitting patterns are full of rich meaning and dramatic narrative. When you put on an Aran sweater, it’s not just a snazzy style statement, but part of a grand storytelling tradition.

No one knows when the meanings of the stitches originated, exactly, and like any talisman, it’s up to you how much you believe. But it’s always fun to think about -- below, some interpretations. 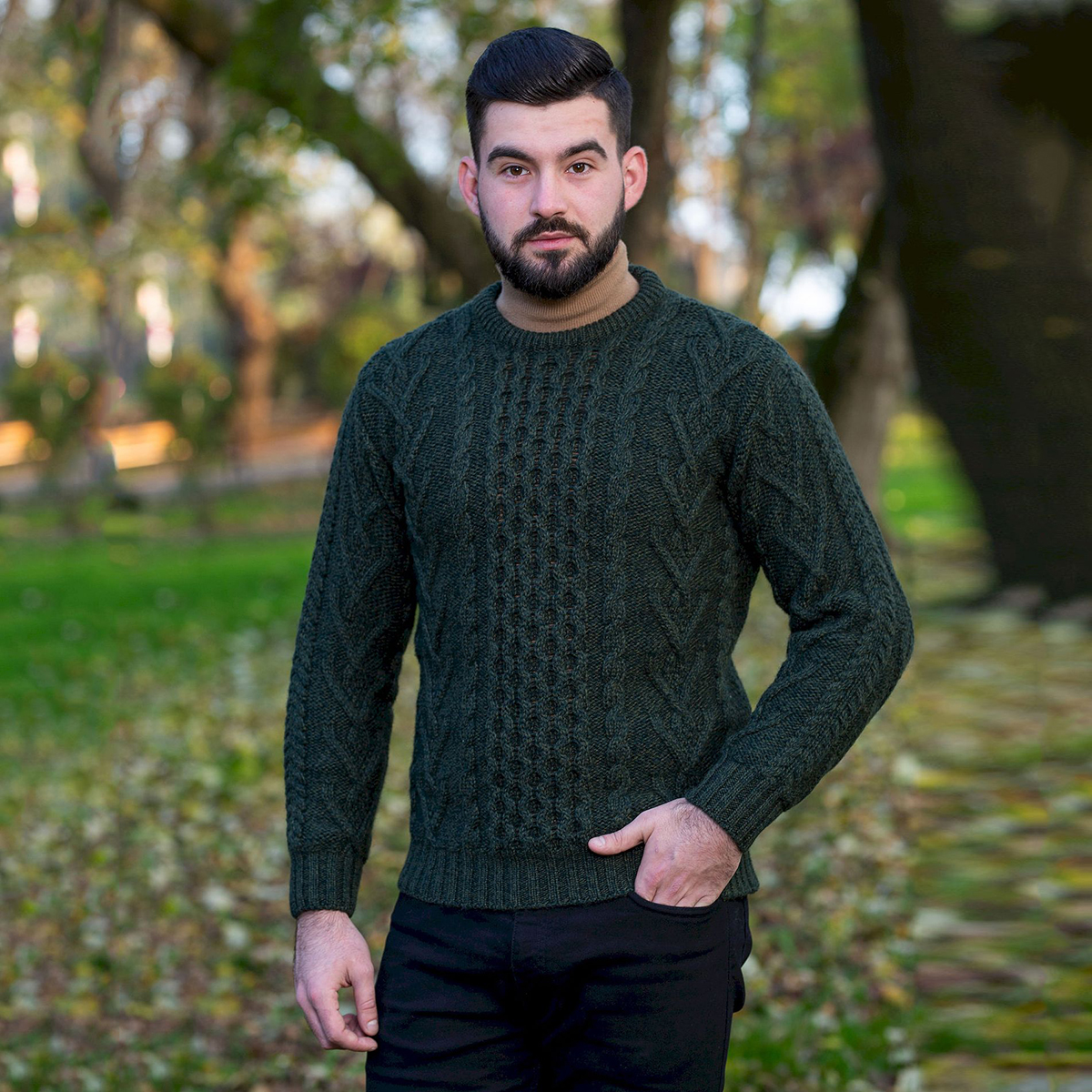 The most popular Aran stitch is the cable, which stands for a fisherman’s ropes. The cable stitch represents the wish for safety and good fortune at sea. Wear a cable stitch when you want to feel protected in the world and ward off bad luck. 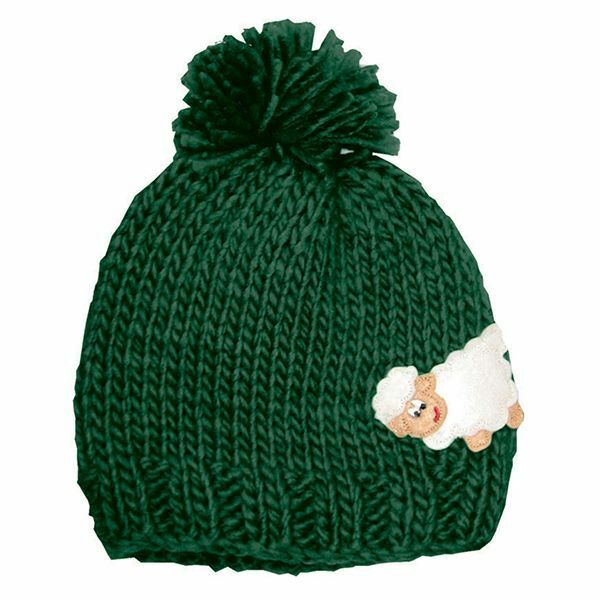 The diamond stitch resembles the shape of the fishermen’s mesh nets, and is the unmistakable symbol for wealth and success. When you want to get paid, or ask for a raise, rock a diamond stitch! 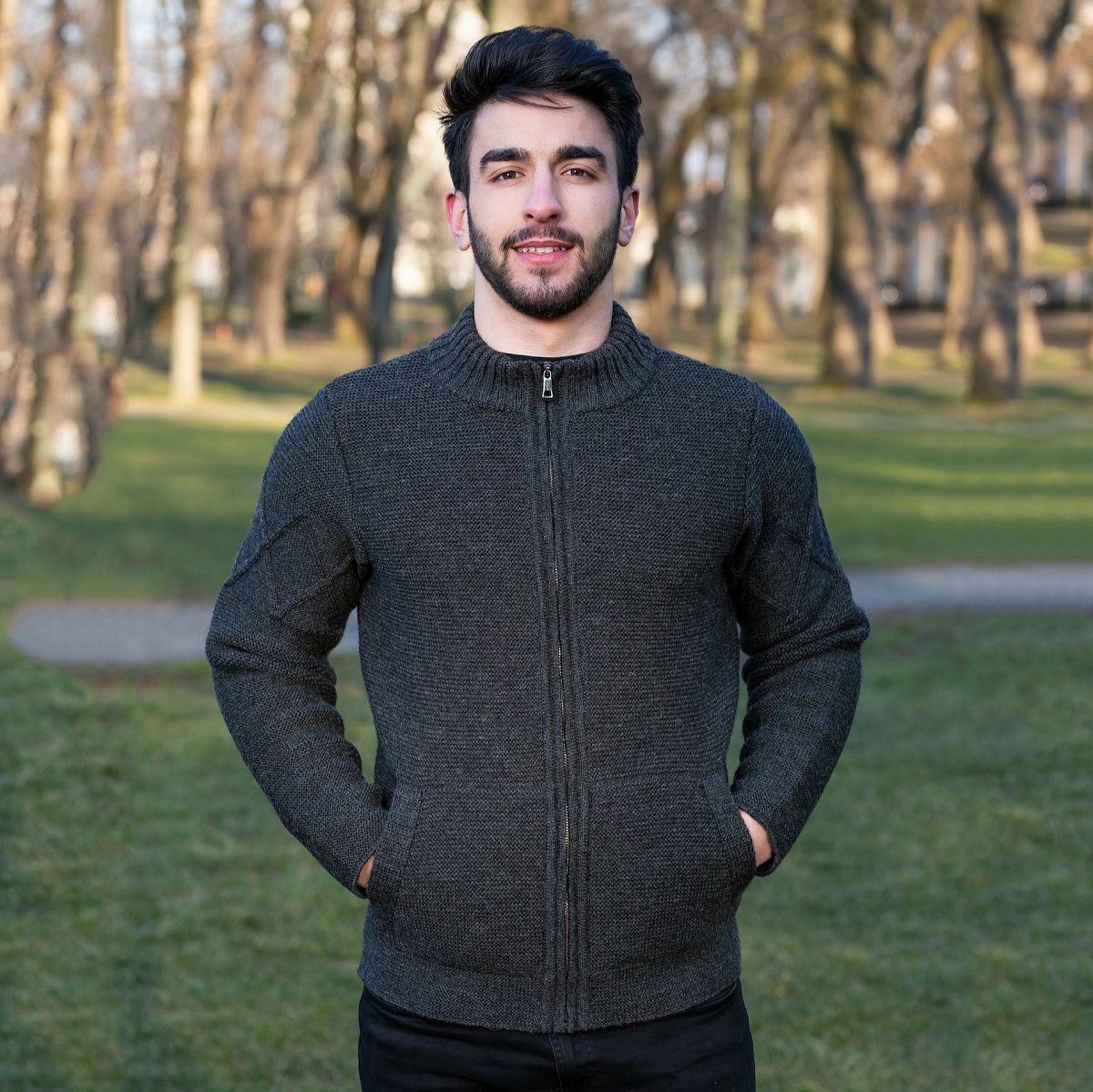 The trellis or basket stitch can be seen in the shoulders of this Mens Full-Zip Cable Knit Cardigan.[/caption]

Lattice or basket stitches symbolize the fisherman’s basket and the wish for a big catch. Do you see a fishy pattern here? They are called fisherman’s sweaters for a reason!

We say: wear a lattice stitch when buying lottery tickets. 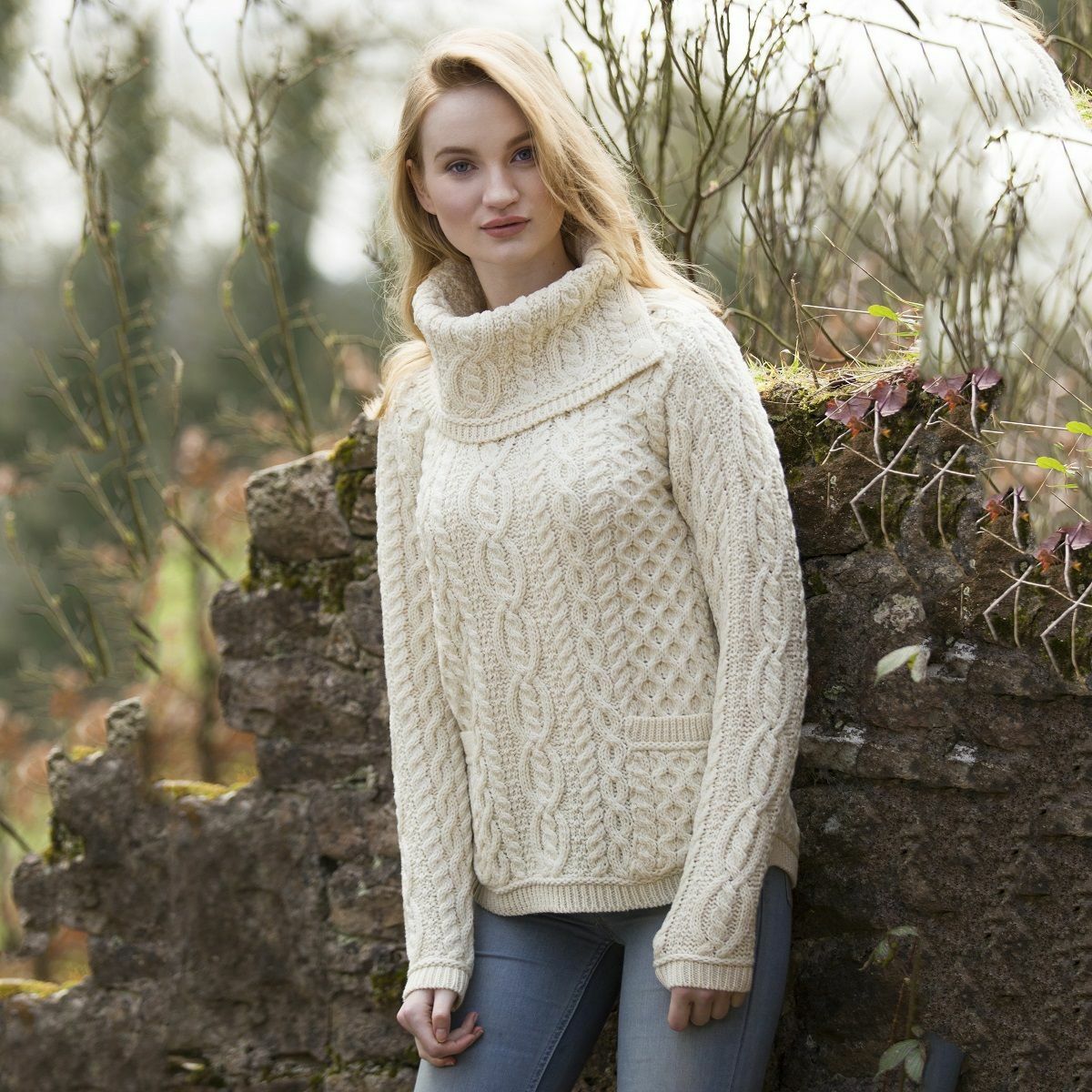 The blackberry represents nature in all its glory! Wear a blackberry stitch to ground you and feel deeply connected to earth. 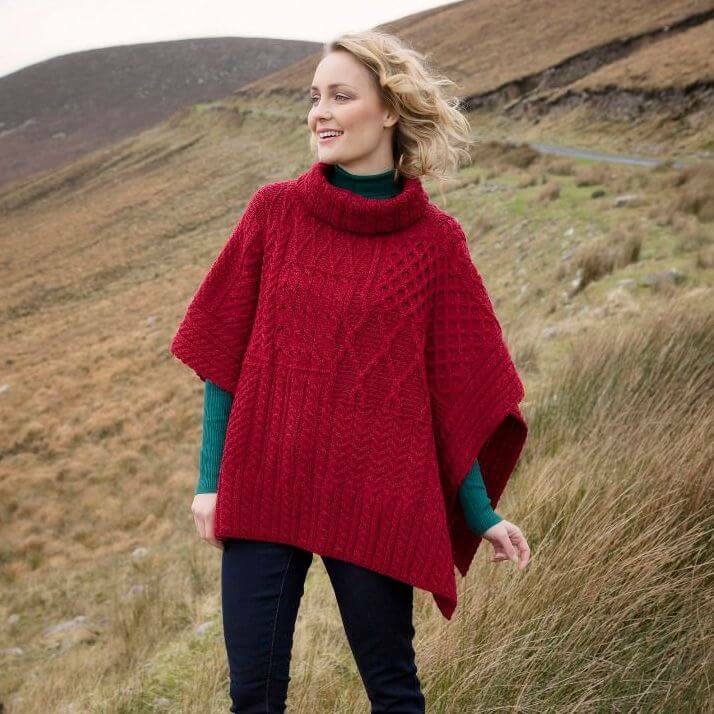 The moss stitch symbolizes abundance and growth (sometimes it’s used as a ‘filler’ in diamonds) or broadly speaking: a high-yielding productivity. Wear a moss stitch when you want to get things done and grow fast! 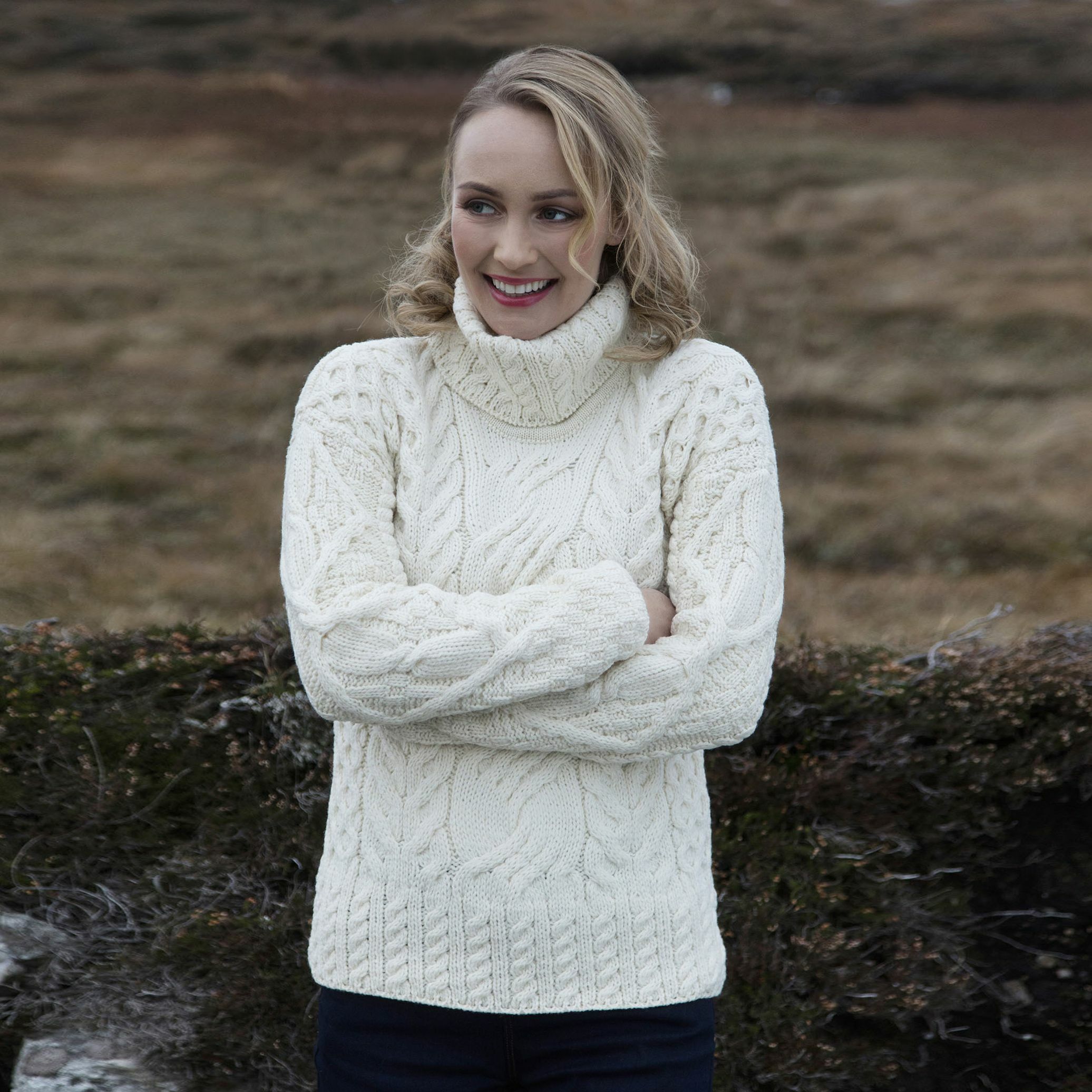 This stitch is all about the industrious honeybee: it’s an ode to hard work and its sweet, sweet rewards. Wear a honeycomb stitch when you want to have a killer day at work. 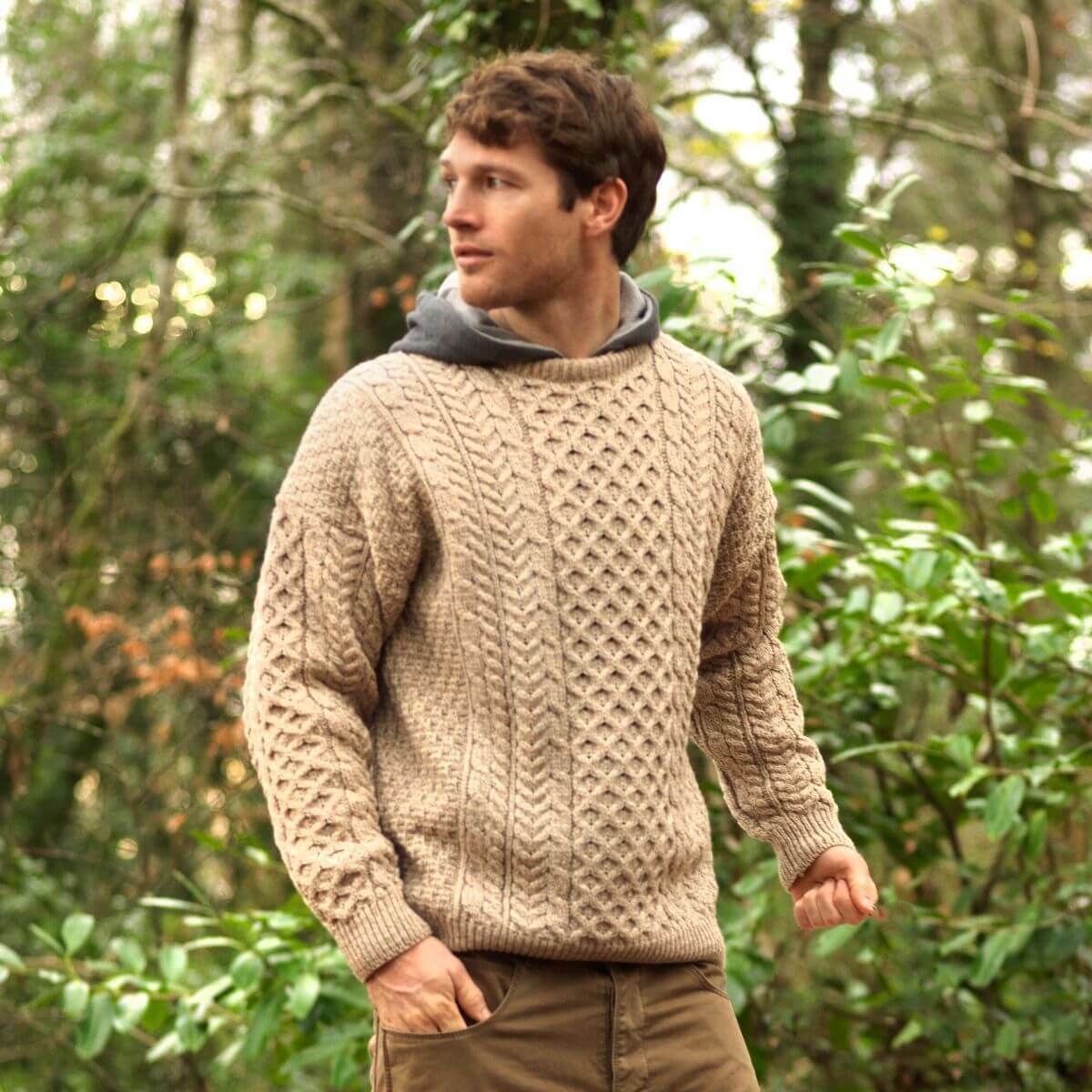 The zig zag stitches are also known as Marriage Lines: they’re thought to symbolize the highs and lows of married life.

When you’re going through a rocky patch, don a zig zag stitch to remind yourself to keep faith. When your relationship is going great, a zig zag reminds you to not to be too smug.

THE TREE OF LIFE 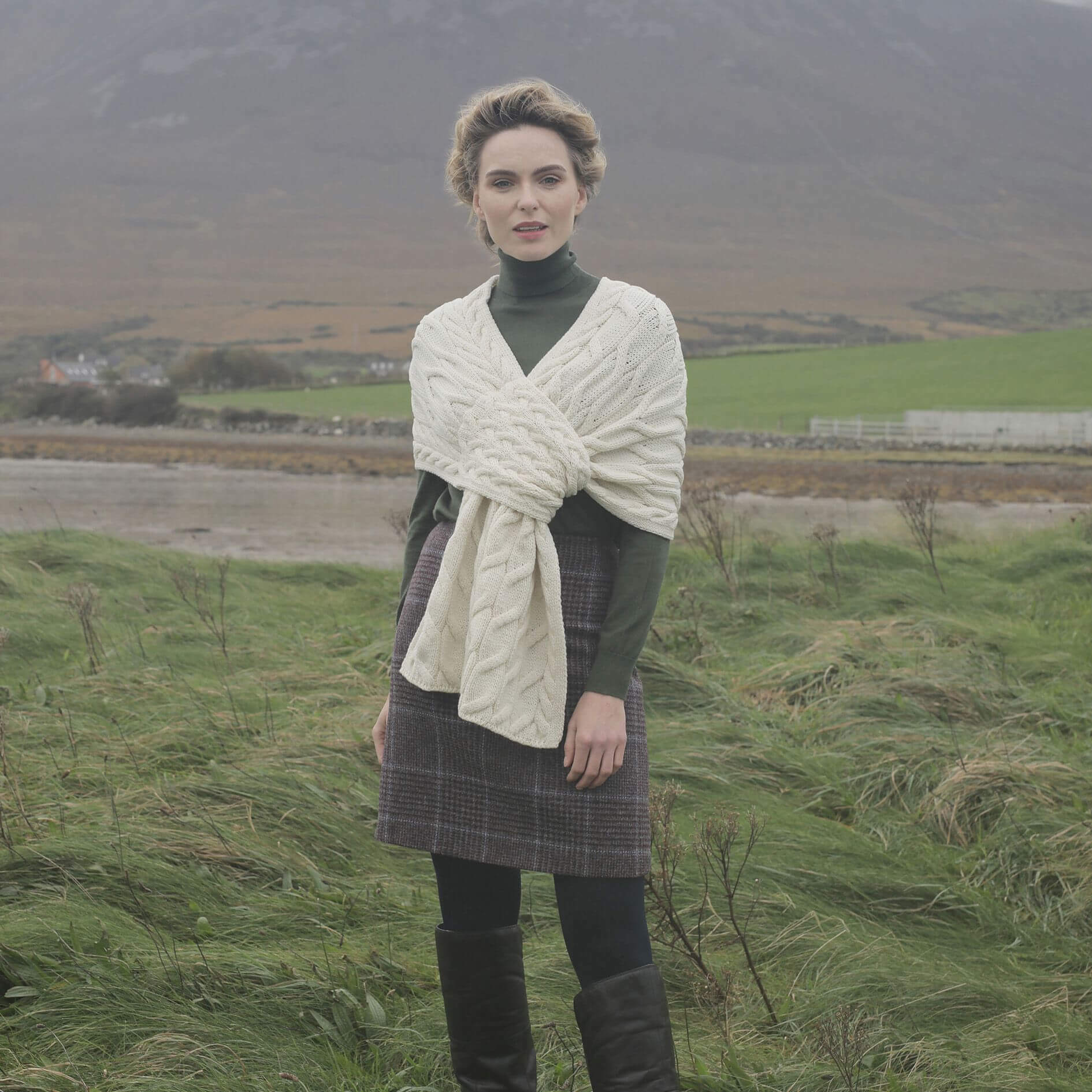 The tree of life is featured front and center on this unique Merino Wool Ladies Irish Pull Through Cable Knit Shawl.[/caption]

One of the most philosophical stitches, the Tree of Life symbolizes life’s rites of passage. When going through one of life’s momentous change (say, a marriage, a graduation, a birth, a death), it’s good to keep perspective of the bigger picture. The Tree of Life stitch helps us do that.